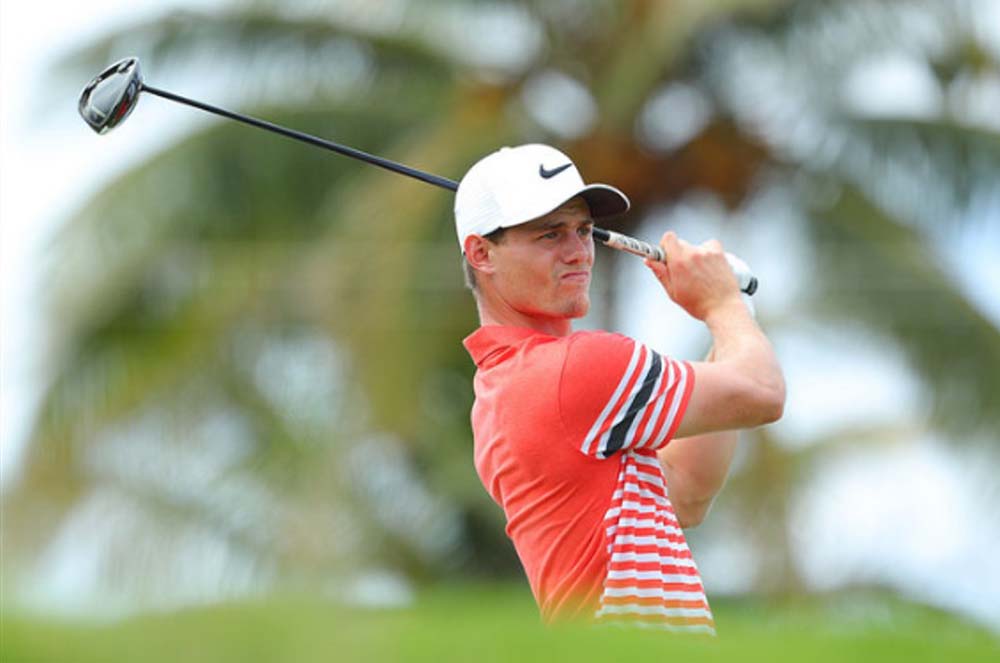 Marchesani finished just four strokes shy of fellow Australian, Jason Norris, closing his final round off with four birdies and not a single blemish on the back nine holes of the Natadola Bay Championship Golf Course.

Finishing tied third at the Victorian PGA Championship earlier this year, Marchesani was confident that he was building up to this performance.

“I felt like my game had been warming up recently. I had played well all year but had probably played three to three and half rounds really well,” he said. “I was waiting all year to get all four rounds together so I could truly get the best result out of myself.”

The result moves Marchesani up to seventh place on the Order of Merit with six tournaments left on the ISPS HANDA PGA Tour of Australasia.

“I’m pretty stoked with the finish and it guarantees my Australian card for all of next year,” he said.

“If I can finish in the top three of the Autumn Merit it will get me into the world championship events, which are all the big world-wide events where the best in the world compete at.”

“It’s a little goal for me and something I really want to achieve.”

Not everything went to plan for Marchesani at the Fiji International with the leader board placing him originally in third place at the end of his final round.

“It probably wasn’t until the end of the day that I realised I had finished in second instead of third as the leader board hadn’t been updated – it’s obviously pretty good to finish second after thinking otherwise,” he said.

Marchesani said that its one of the bigger tournaments he had played in especially as it is now a tri-sanctioned event between Europe, Asia and Australasia.

Marchesani is now heading to Darwin this week with fellow Rosebud Country Club professional, Andrew Schonewille, before travelling to the United Kingdom for the first stage of the European Qualifying School.