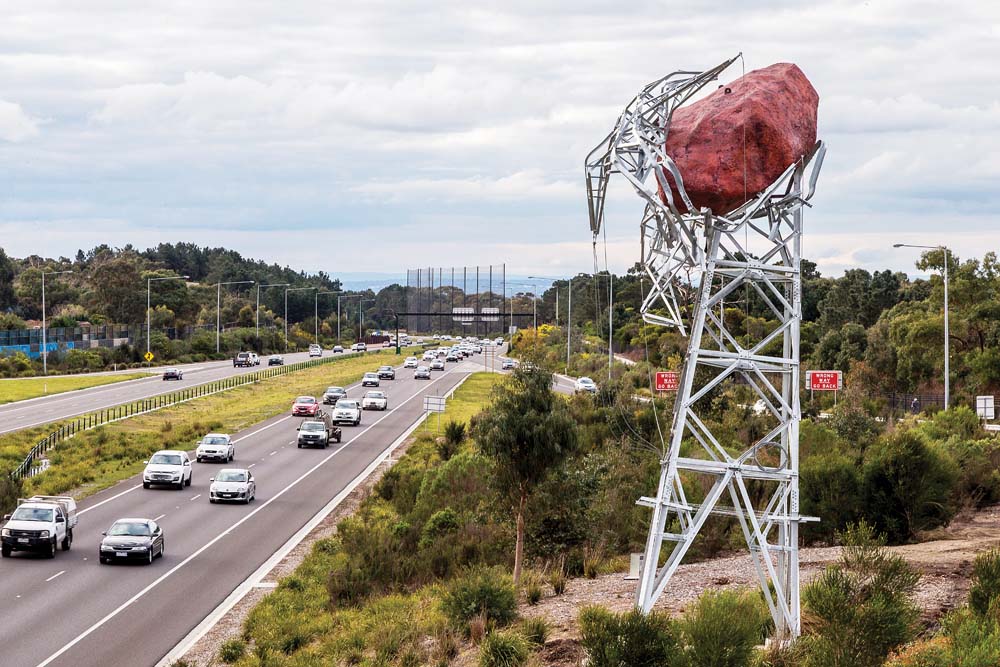 A NEW sculpture has been installed near the Skye Rd alongside Peninsula Link to replace the large ram’s head Rex Australis.

Iconoclast — a mock electricity pylon smashed by what looks like a meteor — was put in place last week after Rex’s removal.

The artwork by Brisbane-based Michael Riddle is based on “the idea of collapse”.

Riddle told ABC radio’s Breakfast show he believed reactions to the sculpture would be “a mixed bag”.

The sculptures are commissioned and owned by McLelland Gallery & Sculpture Park and “retired” artworks including the popular Tree of Life, removed to make way for the chrome gnome in July 2015, are put on display at the Langwarrin sculpture park where entry is free.