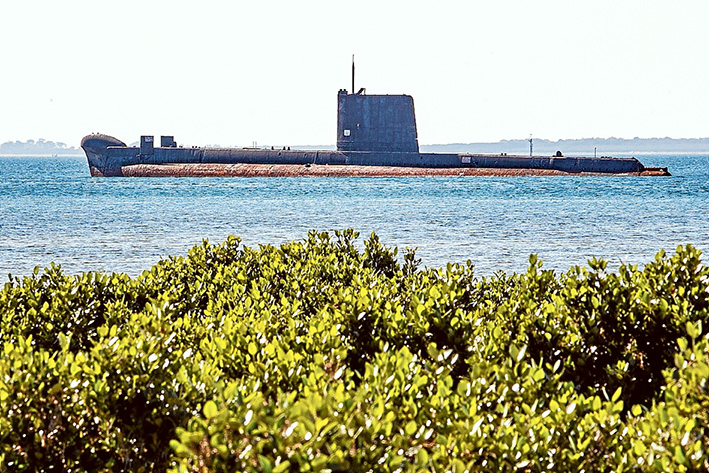 WESTERN Port Oberon Association president Max Bryant says he is disappointed his group’s push for a maritime centre is not included in the draft Hastings Foreshore Precinct Plan.

Mr Bryant said he was “surprised” by comments of the shire’s property and strategy manager Yasmin Woods that the association does not have state government involvement and approval in having the Otama submarine as a focal point of the proposed maritime centre on the outer wall of the Western Port Marina (“Future plan has no port for a sub” The News, 29/8/17).

“We do have their approval and, if she would care to meet with us, we could show her,” Mr Bryant said.

He said the cost of completing the maritime centre “in stages” was about $15 million, with about $5 million to be spent excavating an old channel, called Lacey’s Lead, with a long-reach excavator, so the Otama could be floated towards shore.

Mr Bryant presented a project brief at a shire drop-in session on 1 June and had “fully expected” to have the maritime centre included as part of the foreshore strategy. He said the association was “disappointed we were not consulted further”.

Ms Woods acknowledged that the association had expressed a “strong interest in establishing a maritime centre next to the marina breakwater”.

But her report does not back the plan, which centres on relocating the Otama to the marina’s outer wall: “This is a major undertaking that brings considerable expense, environmental and other approval requirements, and range of further work,” she said in her report.

“Given the current status and extent of work required, it has not been included as a recommended measure within this document.

“Should a sufficient level of commitment be obtained from state/federal governments, and should the necessary approvals be pursued, this is a matter that can be considered outside the scope of this precinct plan.