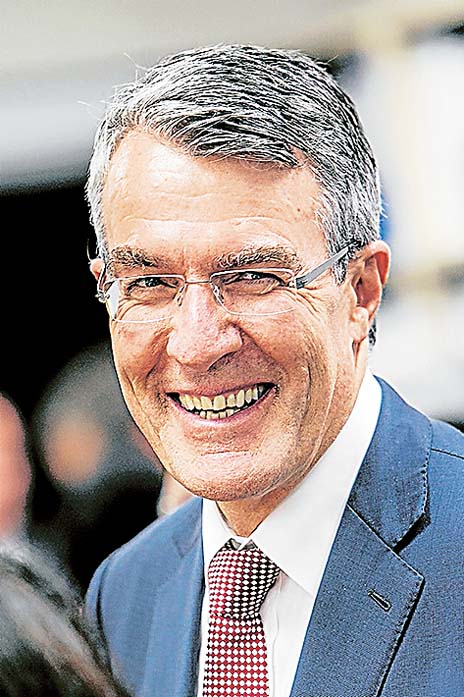 POLITICIANS who may ultimately vote in Canberra to decide if same-sex marriage is legalised in Australia are taking different approaches to the outcome of the marriage equality vote.

Local federal Liberal MPs Chris Crewther (Dunkley) and Greg Hunt (Flinders) have both confirmed they will both personally vote “yes” in response to the question “Should the law be changed to allow same-sex couples to marry?” mailed out to all Australians listed on the electoral roll last week but have different views on voting in line with the postal survey outcome in their respective electorates.

Mr Crewther said he will vote for same-sex marriage to be legalised in the survey but will “support the majority will of the Australian people as determined by the postal survey” if federal MPs subsequently formally vote to change the law in parliament.

“In the postal survey itself, I will be voting ‘yes’ because, while I have my own views on marriage within Christianity, I support the separation of church and State, along with strong protections for freedom of speech and religion,” Mr Crewther said.

The Dunkley MP said he would push for any subsequent legislation after a ‘yes’ vote in the postal survey “to provide strong protections for freedom of speech and religion, which are absolutely crucial in a liberal democracy”.

A spokeswoman for Mr Hunt said the Flinders MP and federal Health Minister will vote ‘yes’ in the survey and would also vote ‘yes’ in any free vote in parliament.

“The Minister strongly endorses the rights of all Australians to have a say and has supported this all along,” Mr Hunt’s spokeswoman Samantha Robin said.

“The Minister has always stated that he will vote ‘yes’ in a free vote in the parliament and he has also said on many occasions that he will be voting ‘yes’ in the plebiscite. He was elected on this basis and will stand by this position.”

Results of the non-compulsory survey run by the Australian Bureau of Statistics will be announced on 15 November and will be broken down along electorate and state boundary lines.

Federal MPs — both those for and against same-sex marriage being legalised in Australia — are under no obligation to heed the result of the survey in their electorate.

There will be no parliamentary vote if the national survey result opposes same-sex marriage.

Federal Isaacs Labor MP Mark Dreyfus said he will vote ‘yes’ for marriage equality, both in the postal survey and in parliament, no matter the outcome of the survey vote in his electorate although he is “very confident” the ‘yes’ vote will win in Isaacs.

“Labor didn’t want this $122 million postal survey. We wanted marriage equality to become law through a free vote in Parliament, but internal and ongoing divisions within the Liberal Party made this postal survey happen,” Mr Dreyfus said.

“Marriage rights are human rights and I will be voting to support marriage equality when this next comes to parliament.

“As a voluntary, postal vote that is most likely to disenfranchise younger people, this survey is rigged against the yes vote.”

People should post back completed surveys in free post-pay envelopes sent out by the ABS before 27 October to meet a 7 November deadline for the collection of votes ahead of the survey result on 15 November.