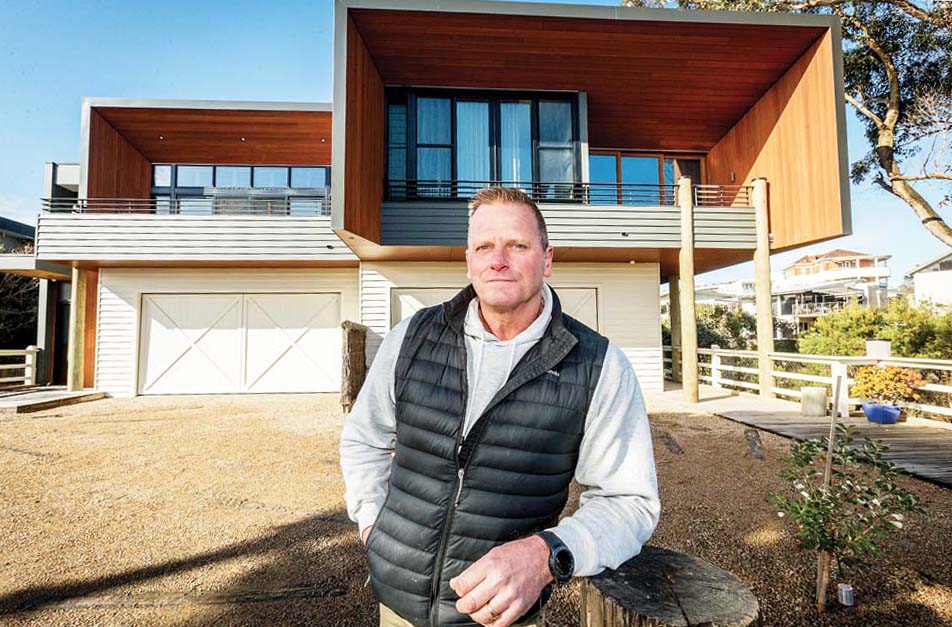 A MT MARTHA-based builder has won two Housing Industry Association awards for Best Townhouse/Villa Development and Townhouse of the Year.

The awards were for two adjoining townhouses on the Esplanade, Mornington, opposite Mills Beach.

Builder Craig McPhan did his apprenticeship with a Dromana builder 36 years ago and worked for various builders on the Mornington Peninsula before starting Individual Builders about 20 years ago. The company has previously won five HIA awards.

“We are local builders based in Mt Martha and have been building on the peninsula since 1985,” Mr McPhan said.

“Most of our work has been in the Portsea and Sorrento areas with quite a few homes between Mornington and there.”

Mr McPhan said the awards were a “joint effort”.

“Our site foreman Michael Brady ran the project and did a fantastic job,” he said.

“The team works well and that is the reason we get so much repeat work. We establish relationships with our clients and they stay with us.”