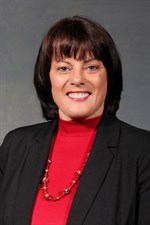 CERBERUS ward councillor Kate Roper says she believes Crib Point residents were not fully consulted about the possibility of the Mornington Peninsula Shire-owned outdoor pool being handed over to a commercial operator, Belgravia Leisure.

Cr Roper said she understood the process to outsource sports centres to a commercial operator had been “going on for over a year” before her election as a councillor at council elections in October last year.

She said she could not speak to locals to ask for feedback about the plan due to “confidentiality clauses” while a tender was being discussed.

“I was really disappointed because I don’t think the community of Crib Point have had a lot of input,” Cr Roper said.

“Because they did the community consultation in winter when the pool was closed I don’t think many of the users got to have too much of a say.”

“I represent the community and we want transparency.

“It’s a done deal now. While the savings on paper sound good, let’s see what happens.”