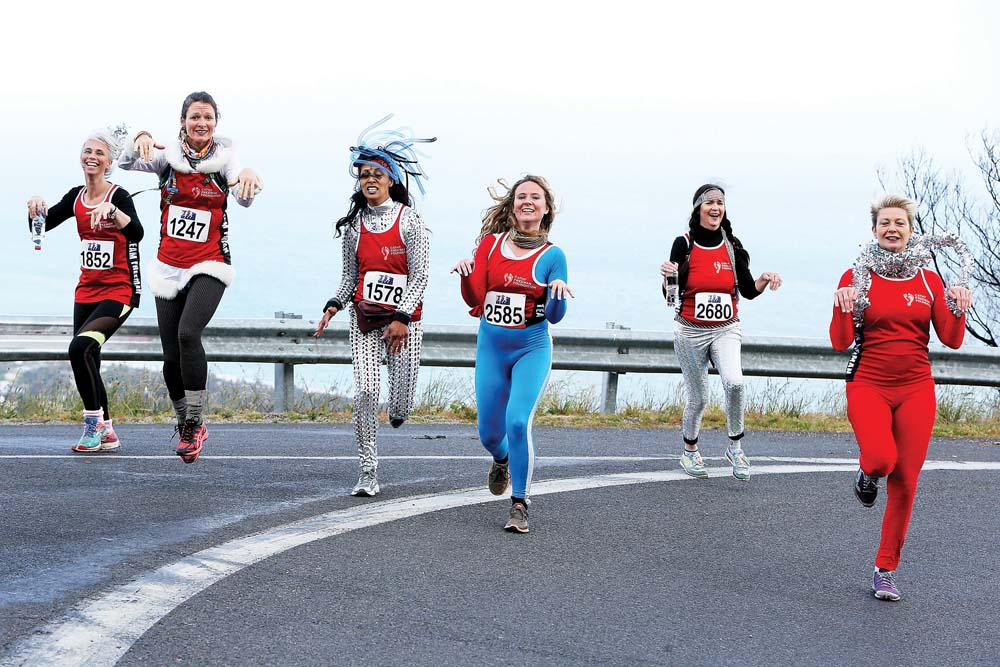 Not chicken to run: Janelle Da Silva was joined by friends for her “hen’s day” in a race to the top of Arthurs Seat to raise money for charity. Picture: Supplied
Share
Facebook Twitter LinkedIn Pinterest Email

JANELLE Da Silva celebrated her hen’s day last year by persuading her friends to dress up and take up the Arthurs Seat Challenge.

“I dragged all the women up Arthurs Seat with me,” she said.

Ms Da Silva, of Frankston, says running gives her “a sense of freedom”, and has previously entered two marathons, two ultra-marathons and a 36 kilometre “trot” up Mount Rosea, in the Grampians.

The Arthurs Seat Challenge is an annual 6.7km fun run, including a 3.2km climb with gradients of up to 9.5 per cent. This year the challenge will be held on Sunday 12 November.

Ms Da Silva is returning to the challenge this year to raise money and awareness for the Cathy Freeman Foundation.

While a teenager she wrote a poem after being the victim of a traumatic racial attack which led to her campaigning for Indigenous children to “have the same amount of privilege and support, in education, that all children do”.

She has now raised more than $15,000 for the Cathy Freeman Foundation, one of the charity’s largest single donations.

While the Arthurs Seat Challenge supports Fit2Drive, a road safety education program for secondary students across the Mornington Peninsula and in Frankston, organisers welcome its use as a platform to support other causes.

Register for this year’s Arthurs Seat Challenge at www.arthursseatchallenge.com.au