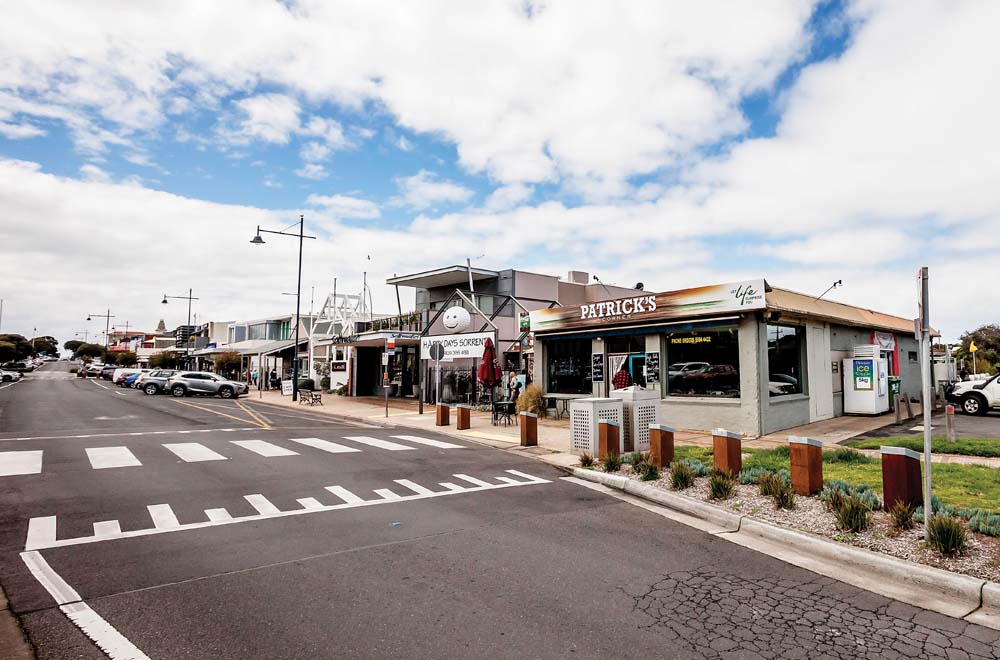 MORNINGTON Peninsula Shire Council has taken a hard line against two property developers whose projects do “not enhance, protect or respond to the valued character of the peninsula and our historic Sorrento”.

The mayor Cr Bev Colomb was speaking after a planning services committee meeting on Monday 18 September refused a planning application for a three storey building at 141-147 Ocean Beach Rd, Sorrento.

The mixed-use development proposed building two shops, 14 apartments and basement car park, and as well as the demolition of a building with a heritage overlay.

Earlier, the council had also knocked back a bid for a 73-apartment block in Dromana described as “over-development of the site”. The proposed three-storey building, at 329 Point Nepean Rd, was described as being “inconsistent” with the shire’s planning scheme because its scale, bulk and height would “present a dominant built form uncharacteristic of the area”.

The shire said the Sorrento application was opposed by “surrounding owners, occupiers and the nearby community, citing concerns such as a lack of car parking, overpowering buildings, not in keeping with the heritage precinct, and traffic congestion”.

The site sold for $4.18 million in April with the selling agents describing it as “one of the last remaining significant and developable land holdings on the famous strip”. They said the “irreplaceable regular shape landholding of close to 1000 square metres [was] serviced by 200 free council car parks out front with the potential to deliver one of Sorrento’s last remaining developments”.

Shire planners said the proposed 11-metre high building, earmarked for the corner of Heales St, Dromana would be “clearly at odds with the established neighbourhood character” of the area.

“Many residents have a strong passion and concern about major changes that could significantly impact the look and feel of the peninsula,” Cr Colomb said. “As the local council, it is our role to uphold the concerns of our community members and protect our townships.

“Council is looking after growth on the peninsula by allowing for good built form that is appropriate and not detrimental to the character of our townships.

“This [Sorrento] planning application did not meet the expected standards of our planning controls, the council or our community.”

Cr Colomb said the Mornington Peninsula housing and settlement strategy would “help protect us from future development like this … over the next 15 years, and will assist with good planning for many years to come”.