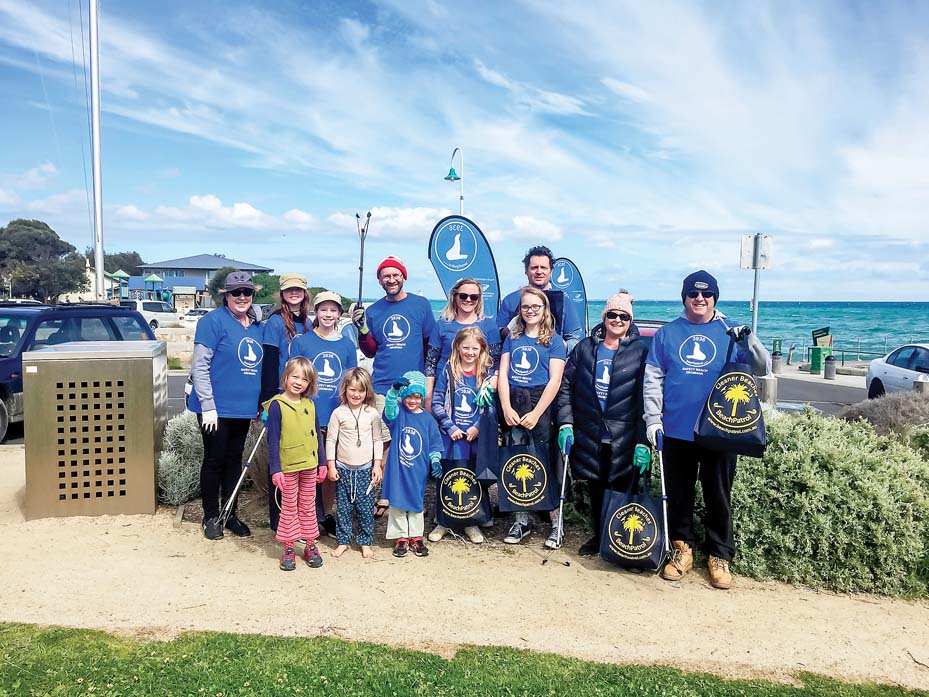 PICKING up 27 kilograms of rubbish from Dromana beach was either a good thing or a bad thing, depending on how you look at it. Good because that’s 27kg less rubbish than there was before, but bad because it shouldn’t have been there in the first place.

Organiser of Beach Patrol Safety Beach/Dromana Gary Robertson thanked the 42 volunteers who turned up on a chilly Friday 29 September with their gloves and litter bags to collect rubbish at the beach and foreshore. Much of the rubbish consisted of small pieces of plastic and cigarette butts.

“What a great first-up day it was and a huge thank-you to the volunteers,” said Mr Robertson, who is about to start campaigning for temporary bins to be placed on the beach over summer.

The group’s next litter collection is 9am, Sunday 15 October, at Dromana pier. The group’s email address is 3936@beachpatrol.com.au