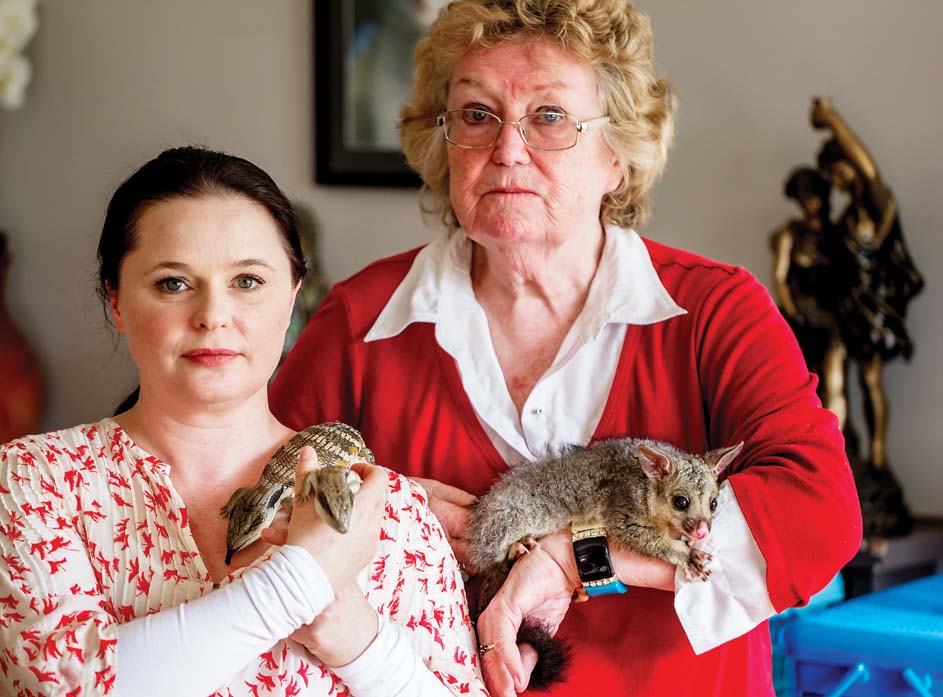 VICROADS has called a halt to the wholesale clearing of vegetation on the Mornington Peninsula Freeway, between Mt Martha and Rosebud, following a storm of protest by wildlife carers and residents.

Reports of dozens of displaced animals, including ringtail possums dropping babies from nests, echidnas and blue tongue lizards being trampled by the authority’s “forestry machine” – and even being mulched alive – caused outcry last week.

Community concerns, voiced loudly on social media and radio, pointed to the loss of habitat, “cruel” treatment of wildlife, lack of planning and consultation, loss of amenity to the area, increased noise and air pollution, sun and traffic glare, stronger cross winds, increased temperatures on the road and even potential flooding.

She said spring was a time of natural regeneration, nesting and rearing of young. “Baby nesting birds wouldn’t have gotten away and lizards and echidna certainly would have been gobbled up.”

The meeting had the desired result, with VicRoads putting an immediate stop to the clearing work.

“Work will not recommence until next year after the summer peak season to minimise disruption,” he said.

“The machine used to clear vegetation is a high-density vegetation removal machine and will no longer be used on this project.

“For any future vegetation removal we will utilise methods more sensitive to fauna and employ an additional ecology officer during this work.”

“It appears that community outcry and pressure has worked toward a good outcome for what was set to be destroyed,” Ms Kelly said.

Mr Sherritt said VicRoads was “committed to maximising the retention of the remaining vegetation” during future stages of the work.

“We are currently completing the installation of flexible safety barriers on the cleared section of the freeway which is one of our state’s most high risk roads,” he said.

“We are working on a new design for the remaining stages of the project that will balance the need to install these life-saving treatments with the best possible outcomes for the environment and wildlife.”

Ms Marmion said online that it was “heartening that [VicRoads] are at least listening to us.”

She and others queried why a lone “wildlife spotter” had the daunting task of rehoming dislodged and distressed wildlife – often possums from fragmented nests – and transporting them to overcrowded wildlife shelters.

Ms Marmion said her shelter was “close to capacity” but had agreed to take more homeless wildlife “after hearing that most baby possums taken to local vets are being euthanised”. It was also reported that the euthanising was distressing for vet staff.

Ms Kelly said 15 orphaned possums were being hand raised at WHOMP after the drama. Two young ringtails had to be put down.