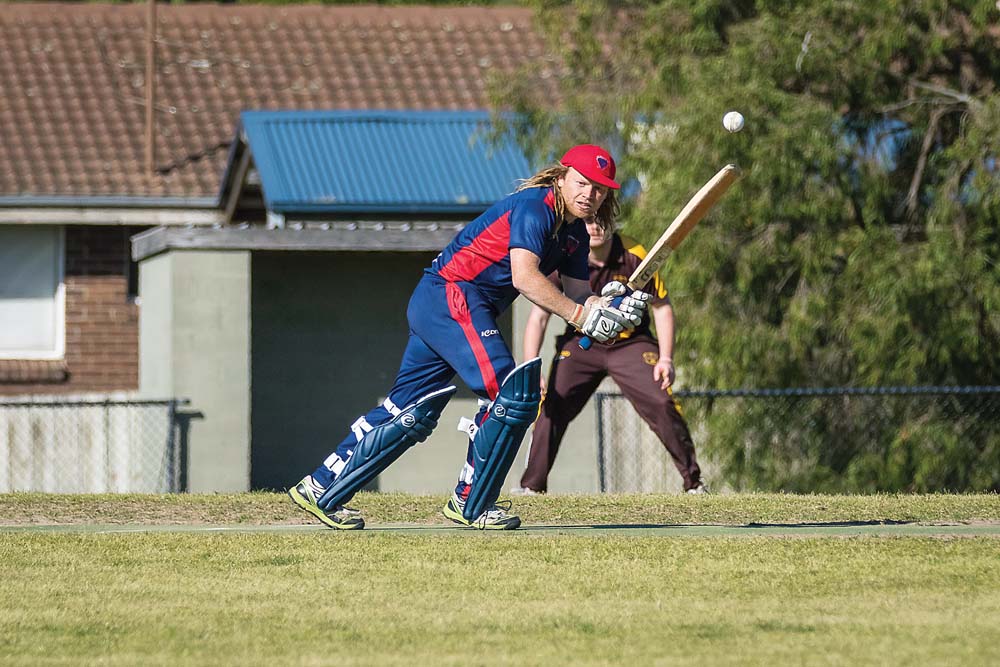 IT’S been a long time between wins but Rye celebrated one very hard on Saturday night after chasing down Heatherhill with one over to space in MPCA District cricket.

The Demons let themselves down with an extremely poor performance in round one, however, they were superb with the bat on Saturday.

Heatherhill batted first and made a very healthy 6/215 with Sam Mullavey opening with 75, Steven O’Donnell batting with him at the top of the order scoring 43 and Kristian Miller hitting 41.

The Demons used seven bowlers, Zac Stevenson the best of them with 2/28.

Rye skipper Matt Whelan then led his side to victory, scoring 66, while Tim Symons belted seven fours and six sixes in his unbeaten 69.

The visitors looked shaky as wickets began to fall quickly, however Cam Dunn’s nine to stay with Symons led the team to victory.

Seaford Tigers made light work of Hastings, inflicting the Blues’ second hiding in as many weeks.

The Tigers batted first after being sent in and made 6/228, before rolling the Blues for just 86.

Mitch Floyd (32) and Isuru Dias (13) were the only Blues batsmen to score runs in the double figures.

Baden Powell’s Rhys Elmi top scored with 55 as his side beat Rosebud and became the only unbeaten side after two rounds.

The Braves didn’t appear to have done enough after scoring just 9/134 after winning the toss and batting.

Jason Nagel picked up 2/25 for the Buds and Nathan O’Sullivan claimed 2/21.

The Braves did step up to the plate with the ball though, rolling Rosebud for 104 in 38 overs.

Jason Mathers top scored for the Buds with 32 and skipper Billy scored 31.

Michael Ballard was the pick of the bowlers for the Braves with 3/14 from 6.4 overs, while Elmi capped off a great game with 2/16.

Mt Martha picked up its first win with a strong performance against Seaford.

The Reds batted first and Jarred Wolsgrove top scored with 50 while Matthew Pollock hit 43 and keeper Rob Dillon 28. Faisal Payenda was the best of Seaford’s bowlers with 3/26.

While Dean Polson hit 50 for Seaford, it wasn’t enough, the home side bowled out in 30 overs.

Kyle Bendle was the best of Mt Martha’s bowlers with 4/16 from seven overs.