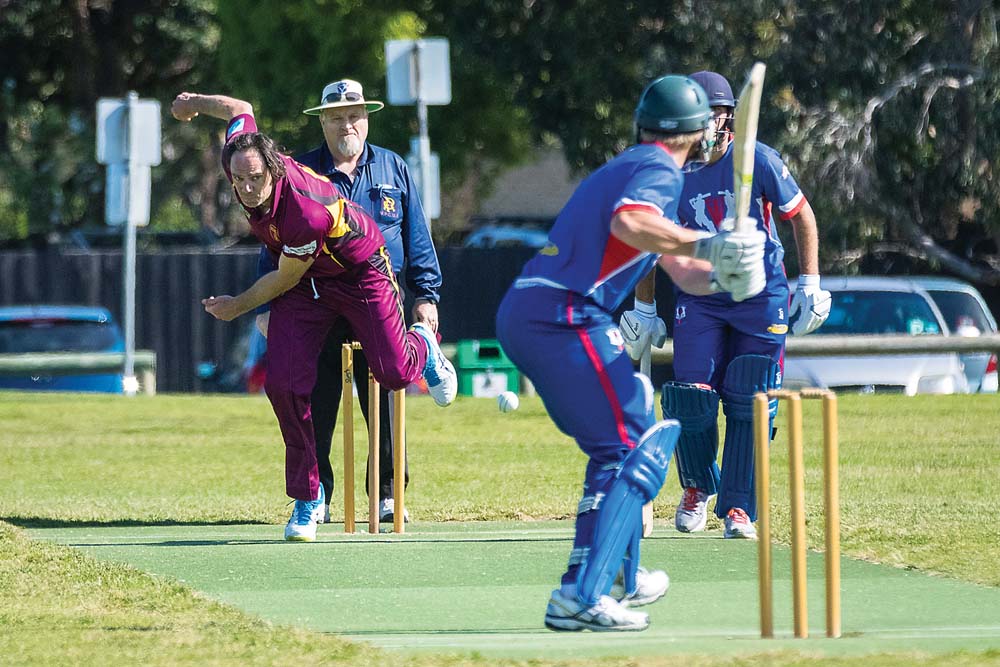 NEW Main Ridge coach Nick Jewell stamped his authority on the MPCA Peninsula competition with a menacing and unbeaten 161 on Saturday against Moorooduc.

Jewell came to the crease with the score at 1/31 and put on 131 with Shaun Foster, who eased into the season with a lazy 86 runs in his first hit for the year.

When Jewell left the field with Gareth Wyatt (32no), his side had scored a massive 3/302.

The Ridge bowlers then got to work and rolled the Ducs for just 109 with Foster claiming 3/11, Oliver McEnroe 3/24 and James Abbott 3/20.

Long Island made light work of Delacombe Park, chasing down victory with nine wickets in hand.

Stuart Swift picked up 3/20 for the Islanders and James Paxton and Andrew Tweddle each claimed 2/19, as the Parkers were bowled out for 135.

Aaron Paxton then scored 61 and Ed Pubudu an unbeaten 36 as the Islanders reached the total three wickets down.

Somerville made it two wins from two matches, smashing Pines with ease.

In a match that belonged to the bowlers, Somerville’s boom recruit Jayde Herrick took 5/23 as his side defended its 10/128, bowling out the Piners for 114. Pines opener Damien Lawrence and Somerville’s Nick Marshall top scored for the day with 48 runs each.

Red Hill picked up its first win of the season, holding off Flinders to win by 17 runs.

The Hillmen batted first at BA Cairns Reserve and it was skipper Simon Dart who top scored with 73, while Matt Merifield hit 38 and Tim Collett 36 from 39 deliveries.

Matt Burns was the pick of the Sharks’ bowlers with 2/22 and Flinders skipper Neil Barfuss claimed 2/47.

In reply, Flinders just couldn’t get their noses in front in the chase.

Despite batting the 40 overs, the home side fell short, restricted to 8/171 with Blake Hogan-Keogh top scoring with 48 and Mason Mail hitting 41.

Jimmy McCall claimed 2/26 for Red Hill with the ball, Glenn Collett snared 2/39 and Tom Collett bowled his eight overs for a return of 1/20.