Staged masters of their craft 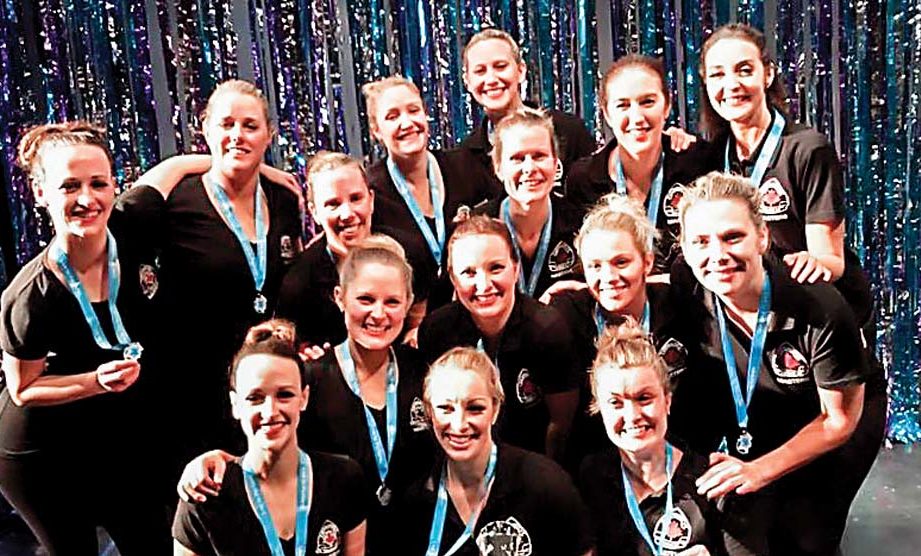 CANADIAN Bay Calisthenics College Masters has won the Victorian state championships in Division 1 – the highest division. The team members – all aged over 26 – won four items and placed second in the other two.

The 16 women aged 28-41 are coached by Sarah Fortnam, a teacher at John Paul College, who also performs with them on stage.

Most competed for Canadian Bay in the 1980s, 1990s and 2000s. “It’s just like the Blues Brothers getting the band back together,” member Elspeth Dove said. “We now all have careers and most are mothers, but once a week we can put that all to one side and train together in Mt Eliza.”

Kelly Urquhart, who was in the team “decades ago”, learns the routines via video and flies from Sydney to compete.

Canadian Bay also has a Divison 6 Masters team made up of women new to the sport, who have had a long break since competing, or who have family and work commitments making a lower division more suitable.

Canadian Bay Calisthenics is celebrating its 40th year next year.

“We are super proud of what we have achieved this year, all while keeping fit and enjoying the social aspects of being a women’s sporting team,” Ms Dove said.