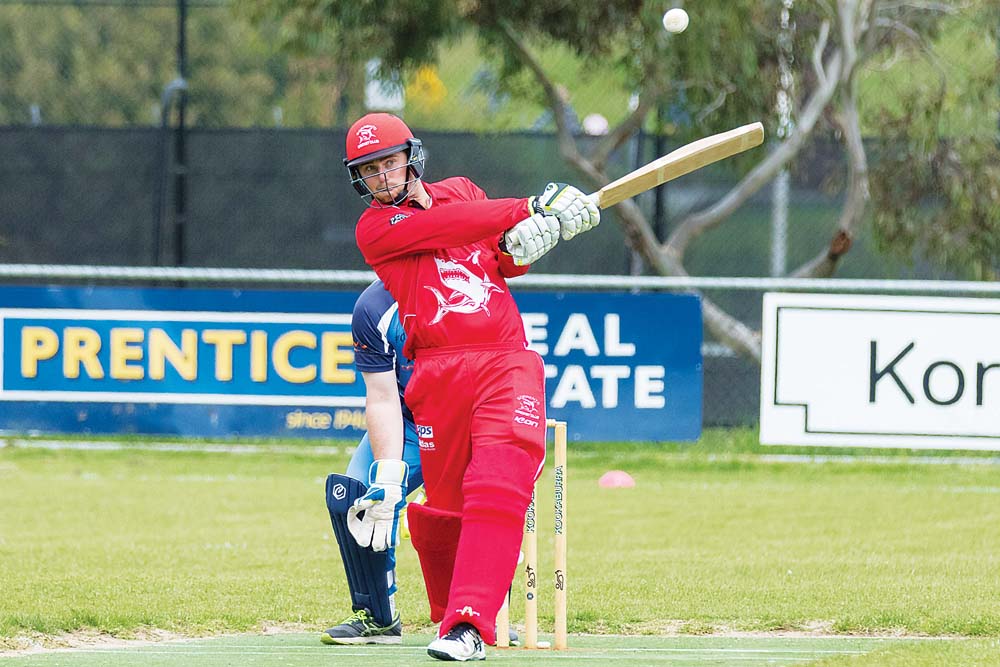 BAXTER is outside of the MPCA Provincial top four for the first time in a long time after losing its second straight match on Saturday against Pearcedale.

Baxter has been the dominant side in the competition for more than a decade but its start to the 2017-18 season has been shaky.

It appears that if Chris Brittain or Daniel Warwick don’t make a score, Baxter cannot win.

On Saturday it went into the match without opener Joe Rule, one player who has been holding up his end of the bargain.

The middle order is really letting Baxter down right now and needs some improvement.

Baxter is also suited better to the long form of the game and starting the season with three one-dayers may not have been the ideal fixture.

Baxter sent Pearcedale into bat on Saturday and it was Brad Trotter (53) and Chris Dew (78) who got the home team off to a flyer. The pair opened with 140.

The Panthers then lost 10/45 and the score looked competitive enough. Dale Irving was the best of the Baxter bowlers with 3/24 from 5.3 overs.

Brittain and Warwick opened the batting but made just 20 and 11 respectively and were parted with the score on 20.

Travis Sawers was solid with 62 and Justin Bridgeman made 39, however, the tight bowling of the Panthers saw Baxter fall four runs shot, eight wickets down. Sam Frawley played his best game for some time, picking up 3/44 while Dew took 3/58.

Crib Point remains on the bottom of the ladder with no wins from its opening three games after being thrashed by Mornington.

Mornington was sent into bat and made 5/163, Brad McDonald top scoring with 46 and Brad Wilson providing outstanding support with 44.

Matt Foon was outstanding with the ball for the Doggies, picking up 3/14 from eight overs.

Langwarrin is in third place on the ladder after knocking over Sorrento at David McFarlane Reserve.

The Sharks batted first and were restricted to 9/127. Corey Harris top scored with 26.

Jake Prosser was the best of the Kangas’ bowlers with 3/25, while Matt Campbell and Adam Campbell snared two wickets each.

There were six brothers who represented the Kangas on the weekend, Travis, Adam and Matt Campbell, as well as Jake, Matt and Sam Prosser.

In reply, the visitors cruised to victory four wickets down and with four overs to spare after Matt Prosser opened with 49 and Andy Johnson scored 39.

Peninsula Old Boys remain the only undefeated team in the competition after beating Mt Eliza.

The Old Boys batted first and made a modest 7/133, despite 54 runs from Dylan O’Malley.

In reply, Mt Eliza fell short by three runs after losing their final wicket on the second last ball of the day.

At one stage the Mounties were 5/49. James LaBrooy was the pick of the bowlers with 3/28.