Dairy is lap of luxury for cats 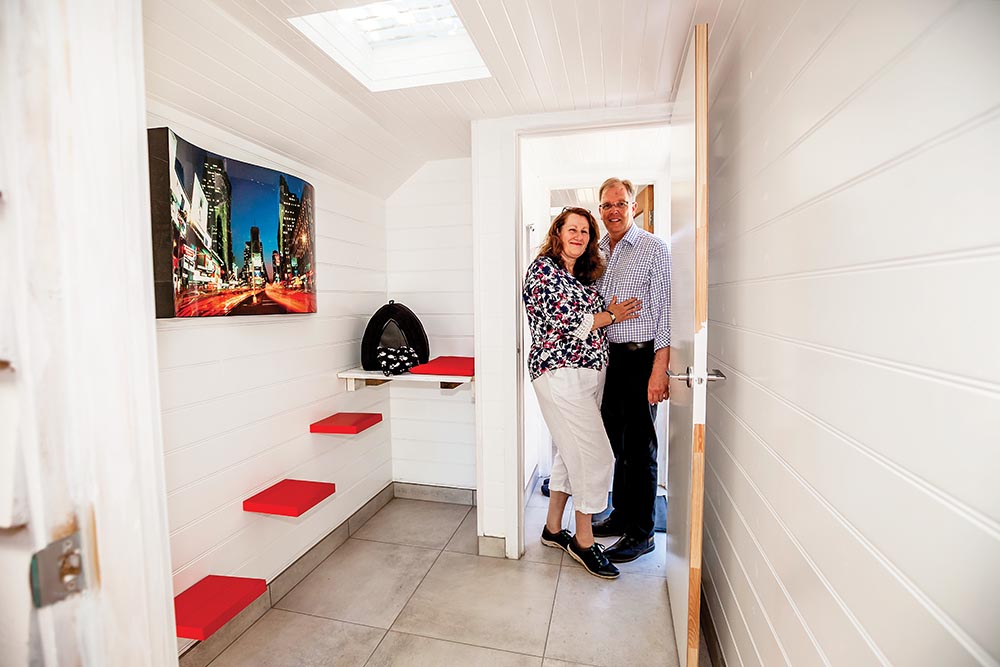 A BITTERN cattery has won a Mornington Peninsula Heritage Award.

Windrest Cattery, in Myers Rd, won the Creative Reuse of a Heritage Place award for turning its 1920s dairy building into a cattery.

The judges’ citation said the work “retained the original fabric of the building and converted the original layout into individual cattery suites and office space”.

Owners Dennice and Robert Breeschoten completed the renovation and opened their cattery in April after owning the building for 25 years.

“It had been used for storage,” Mr Breeschoten said. “Then we realised the potential of this lovely building, which now houses the administration section and family villas where cats from the same family are housed with interconnecting rooms so they can be together.”

Restoration of a Heritage Place: A 1920s cottage at 261 Stony Point Rd, Crib Point, for sympathetic restoration; Shoreham Community Hall for the restoration of its internal and external structure, and St Andrew’s Anglican Church, Rye, for the remedial treatment of its walls.

Specialist Heritage Trade Skills: Melbourne Property Rescue for its reconstruction of a period cottage window, and James Webb and Mark Watson for the reinstatement of a rear veranda at a 1870s building in accordance with documentation from the State Library of Victoria.

Meg Breidahl, Dianne Dick and Victoria Grounds for Research and Publication of the book Ranelagh a Special Place.

“The diversity of the nominations for 2017 was broad covering many of the heritage categories,” she said. “I commend the successful participants in our peninsula awards which are one of over 100 celebrations to take place across the country since the inaugural awards in 2011.”