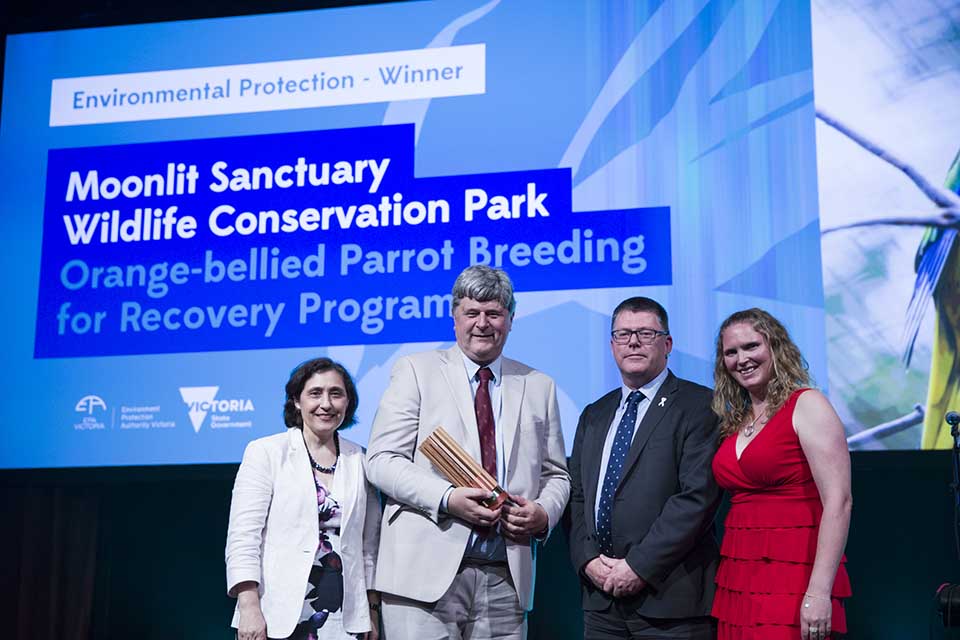 Park director and founder Michael Johnson said he was “thrilled and honoured to win”. He said the sanctuary, in Tyabb-Tooradin Rd, Pearcedale, would continue to breed the parrots “until there is a viable wild population again saved from extinction”.

“We have committed to run our program for at least the next 10 years,” he said.

The first release of three birds from Moonlit Sanctuary and five from Zoos Victoria was held on Tuesday 24 October and two other releases were held over the past fortnight. The releases centre around a sustainable captive breeding program of 400 birds to help future-proof the species.

Based on learnings from a trial block of five aviaries, Moonlit Sanctuary designed a 20-aviary complex for up to 40 breeding birds and 100 offspring. With support from Zoos Victoria they opened a parrot breeding facility in time for last year’s breeding season. Twenty-five offspring came from 12 pairs which were supplied to Tasmanian breeding grounds and Werribee Open Range Zoo.