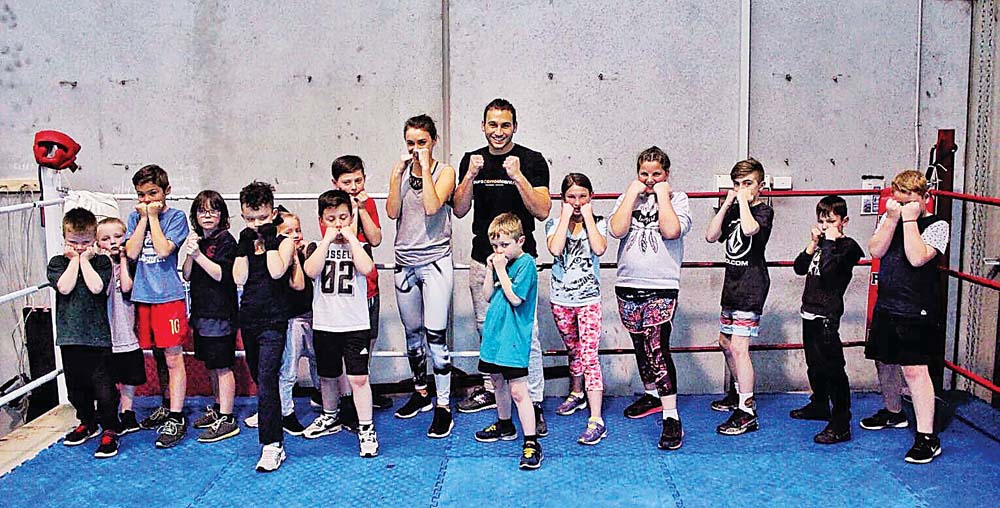 TAKING up boxing to protect himself and his family at the young age of 12, professional welterweight boxer Adam Kaoullas is now giving back to the sport by empowering the vulnerable.

Now aged 23, and heading into his fourth professional fight on Friday (10 November), Kaoullas has been teaching young junior boxers and adults self-defence through boxing.

Currently coaching upwards of 200 boxers across three separate gyms, Kaoullas says coaching the young kids and building their confidence is definitely the most rewarding class he runs.

“Boxing kept me on the right path as I used it as an outlet to keep fit, happy and healthy when I was younger, and now the fact that I can give this to the kids is very rewarding,” he said.

“When you see the kids come in you’d think that the aggressive ones will be the ones who enjoy it the most but it’s really the kids who are the most timid who benefit the most as they feel empowered knowing they can defend themselves.

“I have never allowed any type of violence other than self-defence for the kids. If I hear someone doing it outside the gym without it being the last resort then you can’t come back here.”

Kaoullas coaches regularly at Crunch Fitness, Mentone and Fit2Box, Moorabbin but it’s at the Pure Combat Centre, Rosebud where he has started to teach the youth.

“I’ve always loved teaching boxing to females and kids as they are sometimes the ones who are vulnerable,” he said.

“I grew up with four women including my mother and a younger brother so I’ve always wanted to protect my family and now others.”

Kaoullas has been teaching children aged between four and 10-years-old at the Pure Combat Centre for the last year and began a teenager’s class last month for juniors aged between 10 and 15 years old.

“We have only been running the teenager’s class for the last four to five weeks but they have picked it up amazingly,” Kaoullas said.

“They have been able to pick it up a lot quicker and we’ve been having an even mix of boys and girls turn up which is great to see.”

Under the guidance of Australia’s current top rank middleweight, Sam “King” Soliman, and secondary coach, Steve Kerr, Kaoullas said he has tried to replicate a lot from what he has learnt from his own coaches.

“Sam Soliman took me under his wing when I was about 16 and Steve Kerr has been like a father figure to me,” Kaoullas said.

“I’ve tried to absorb as much as I can from what my coaches have taught me.

“I have taken many fundamentals and drills, different techniques and moves from them to help my members and clients improve like I have.”

Undertaking a professional boxing career of his own, Kaoullas had his first fight in October last year and earned his first title win earlier this year.

At his last fight on Friday 21 July, Kaoullas defeated Natthapon Chalotorn by knockout in the opening round at the Malvern Town Hall to earn the Australasian Nitro title.

In preparation for his next fight on Friday night, Kaoullas has turned what was originally a holiday in Hawaii into a training camp.

“I have been training twice a day and the sparring is giving me a great workout,” he said.

“When you’re at home you need to focus on so many other things as well as training on top of that.

“It’s worked out pretty well as I have had a clear head combining the holiday with training. “

Kaoullas will face Dillon Bargero in his fourth career fight at the Malvern Town Hall as he continues to strive for an Australian title in the welterweight division.