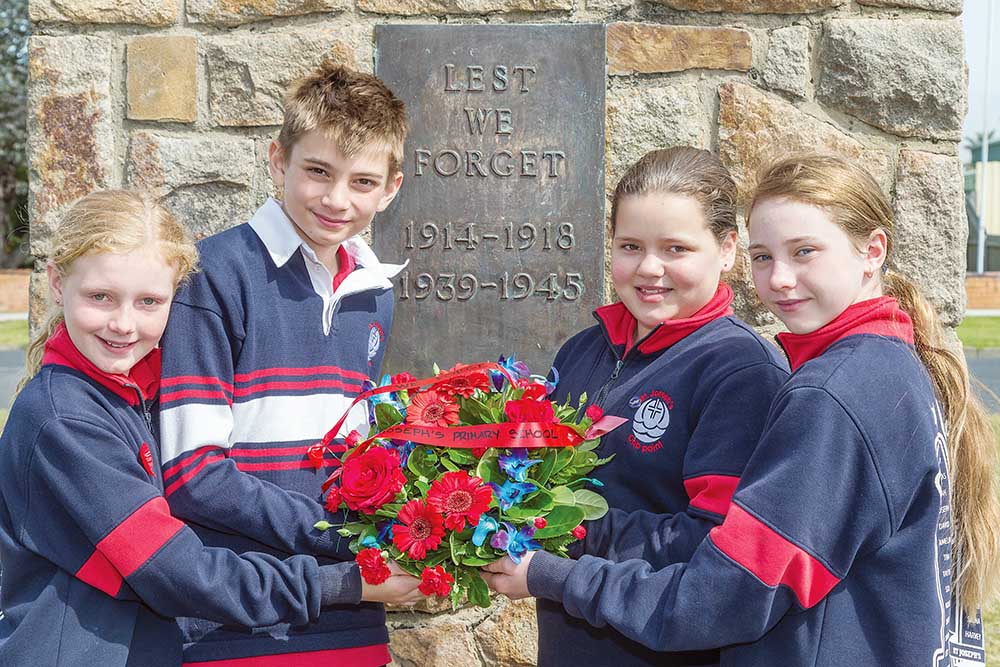 REMEMBRANCE Day came into its own this year when 200 St Joseph’s Primary School children and their parents laid a wreath at the Crib Point cenotaph.

“This year St Joseph’s decided to move their service to the cenotaph to commemorate the achievements of Defence personnel in conflicts around the world to protect our freedom as we know it today,” Mr Ord said.

“Wreaths were also laid by the RSL and naval personnel to remember the loss of hundreds of thousands of lives and the suffering of the many wounded.”

The school service was conducted on Friday 10 November as Remembrance day was on a Saturday.