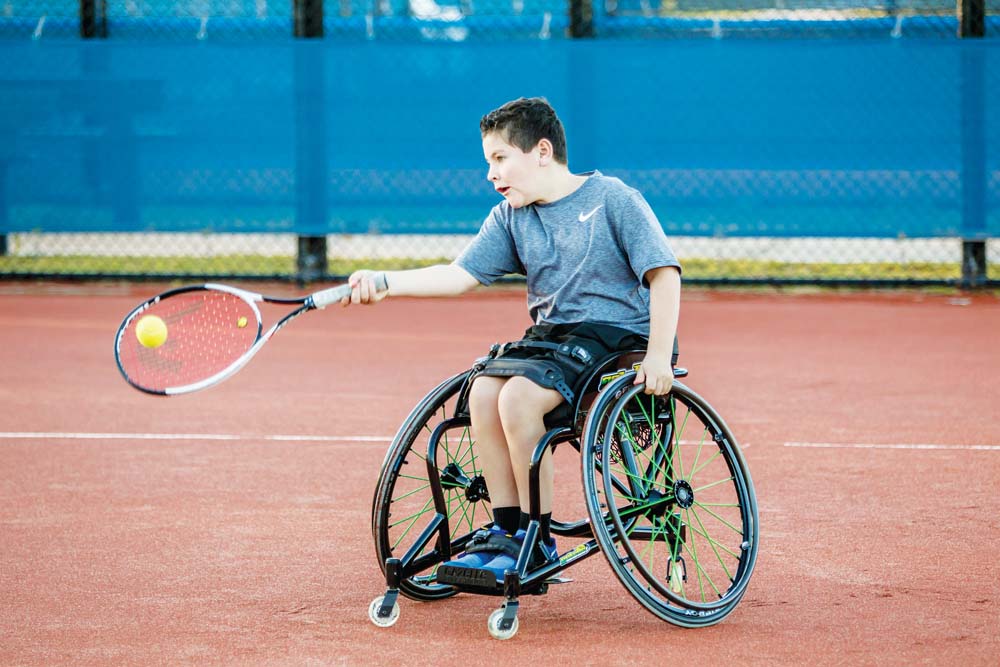 JUNIOR wheelchair tennis player Riley Dumsday, of Mornington, has been victorious at the Australian National Junior Wheelchair Championships just one year after making his debut in the tournament last year.

Dumsday, 12, competed in the under-18s mixed singles at the National Tennis Centre in Melbourne over the weekend of Friday 17 November.

He was just getting used to the sport when he entered the tournament last year but felt much more comfortable on court this time in as he cruised through the opening rounds of his round-robin pool in straight sets.

Dumsday then went on to fight out a three-hour grand final against a familiar Melbourne rival, Finn Broadbent, which he won 6-1 4-6 6-4 to be crowned the Australian national champion.

The Elite Tennis Academy star returned home with two trophies from the Queensland Wheelchair Tennis Open earlier this year and said the national championships was one of his biggest wins so far.

“The grand final was very nerve-racking but it was still very exciting,” he said.

“I was tired and hot afterward but I’m really proud of myself and how I played.”

Dumsday said he is now looking forward to the Melbourne Open in Craigieburn in January next year where one of his idols, Alfie Hewett (world no. 2 singles wheelchair tennis player), is likely to attend.

“The older guys are always there cheering us juniors on but he (Hewett) wasn’t at the nationals as he lives in the UK,” Dumsday said.

“He’s a bit of an idol of mine and has the same disease as me (Perthes’ disease). He’s coming to the Melbourne Open which is an ITF ranking tournament so it can help with my ranking points as well.”

Dumsday will have a chance to further increase his ranking at the Melbourne Open as he currently sits at 17th in the junior world singles rankings.