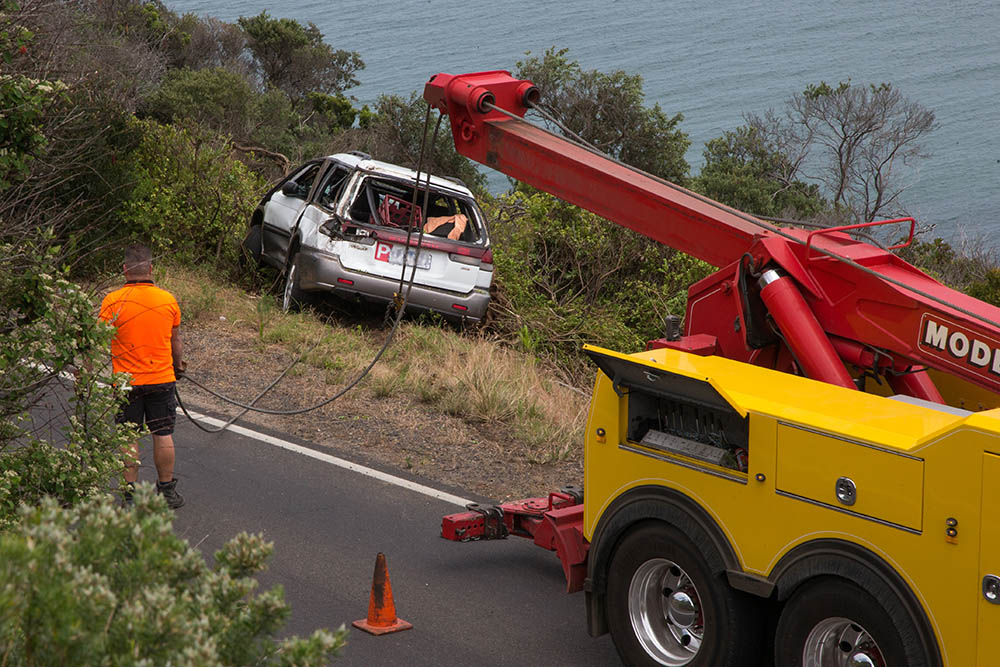 A WOMAN in her 20s was lucky to escape death and serious injury when her car ran off the Esplanade near Burdoo Way, Mt Martha, 1.55am, Monday 27 November, may face charges.

The p-plater was driving home – and possibly talking to her boyfriend on the phone – when her car left the road and careered 20 metres into thick scrub and overturned (above).

The woman’s boyfriend heard her calls for help during their alleged conversation and called emergency services. The woman, a chef at a Mornington restaurant, suffered neck and back pain and was taken to The Alfred hospital by road ambulance.

Her car was extensively damaged and, because of wet conditions, was not towed out until mid-morning.

Senior Sergeant Neil Orbit, of Mornington police, said police would assess whether “it is in the public interest to put a person before the court” who was allegedly talking on the phone while driving. She will also possibly face a charge of driving with a blood alcohol content of over 0.05 per cent.