Dead whale left on the rocks 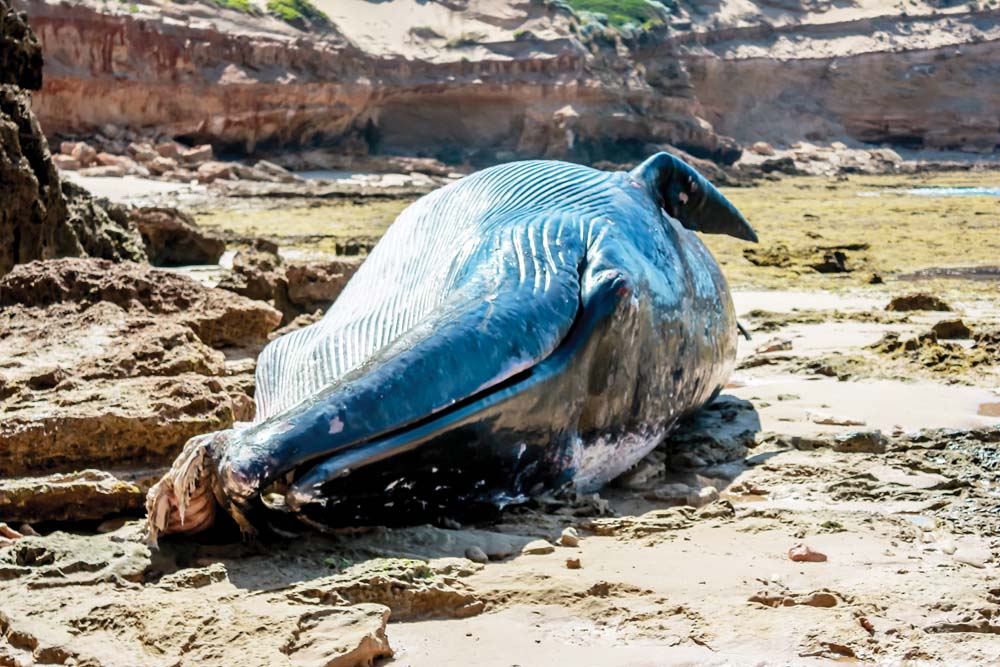 A DEAD whale found washed up at the base of the Jubilee Point cliffs at Sorrento back beach Monday 27 November will be left to rot.

The Department of Environment, Land, Water and Planning and Parks Victoria decided last week “after assessing all the options” to leave the Bryde’s whale where it was.

“Moving a whale is a complex task and many options were discussed, including moving the whale offsite to either bury on a beach or in landfill, cutting up the carcass and even exploding [it],” DELWP spokesperson, Dan White said.

“None of these were safe options as they pose unacceptable risks to the community, environment and staff.”

Diamond Bay beach has been closed to swimmers and a 300 metre exclusion zone has been set up around Jubilee Point.

Mr White said whale remains were protected by law and must not be interfered with. Pathogens from the whale carcass could be harmful to people and there is an increased risk of sharks feeding near the beach.

“We have decided the only viable option, at this stage, is to leave the whale where it is and allow it to naturally decay,” Mr White said. “The sheltered nature of where the whale is means the decay process will take some time – potentially many weeks. We will continue to explore options to assist in the decomposition process.

“The whale (Balaenoptera edeni) has already begun to emit a strong odour, which will increase as it decomposes. The odour is unpleasant, but not toxic, and will likely impact the areas around Sorrento – particularly properties south of Melbourne Rd between Ronald Av and Ivanhoe St.

“Afternoon sea breezes, common to the area, may spread the odour inland. Residents in the impacted area [should] keep windows closed and washing off the line during the afternoon or on days of southerly winds.”