Market gets ready for its 40th celebration 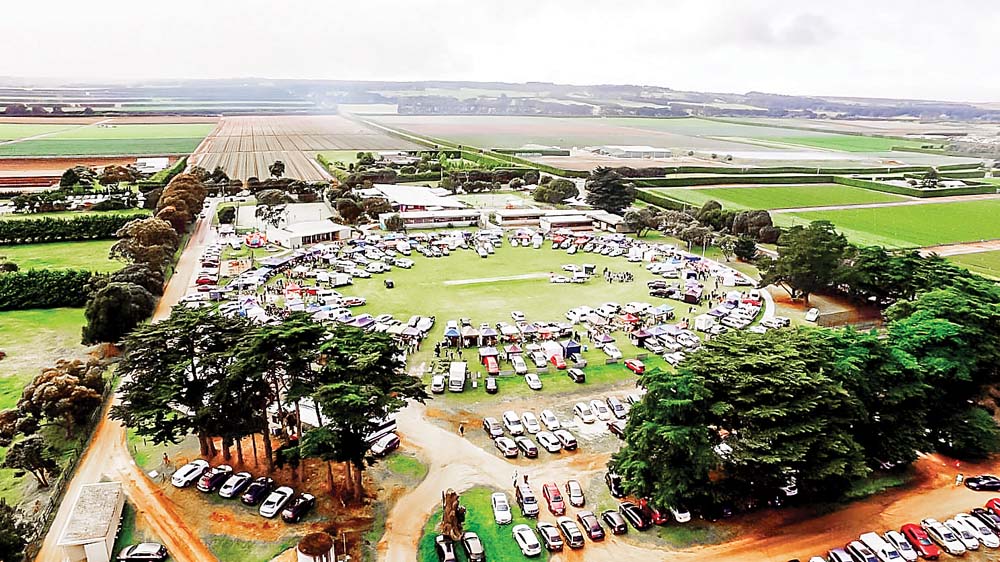 BONEO community market is gearing for its 40th birthday on Saturday 16 December with a visit from Santa, live music and an after-market gathering of past committee, volunteers and stall holders.

The first market was held on 17 December 1977 and then every third Saturday of the month, 8am-12.30pm. It had 63 stalls when it began and around 200 stalls today but the ethos of “make it, bake it, grow it” has stayed the same.

It is run by volunteers from Boneo Primary School, cricket club and tennis club, with about 20 people per market making it happen.

Starting as the second community market in Victoria, Boneo market, on the corner of Boneo and Limestone roads, is now the oldest.

How times have changed: “The market was originally set up around the oval with parking on the oval, but with the growth of the market, the stalls were moved onto the oval and parking around the oval in 1990,” treasurer Ross Arnott said.

“When the Boneo hall burned down a third of the funds for the new hall were raised by the market.

“Other funds have assisted in the building of new rooms for the cricket club built without any shire funds and a lot of volunteer labour. Other funds went to building tennis courts and lights and cricket practice nets.”

Mr Arnott said the market bought a bus for Boneo Primary School as well as a new playground. “Our most recent contribution has been to the building of a playground on the reserve,” he said.

“We have a large number of local fruit and vegetable growers at the market with Delgrosso apples being our longest continuous stall holder.”

“Rain, hail or shine customers and stall holders turn up, with 2000-5000 people attending depending on time of year and weather,” Mr Arnott said.