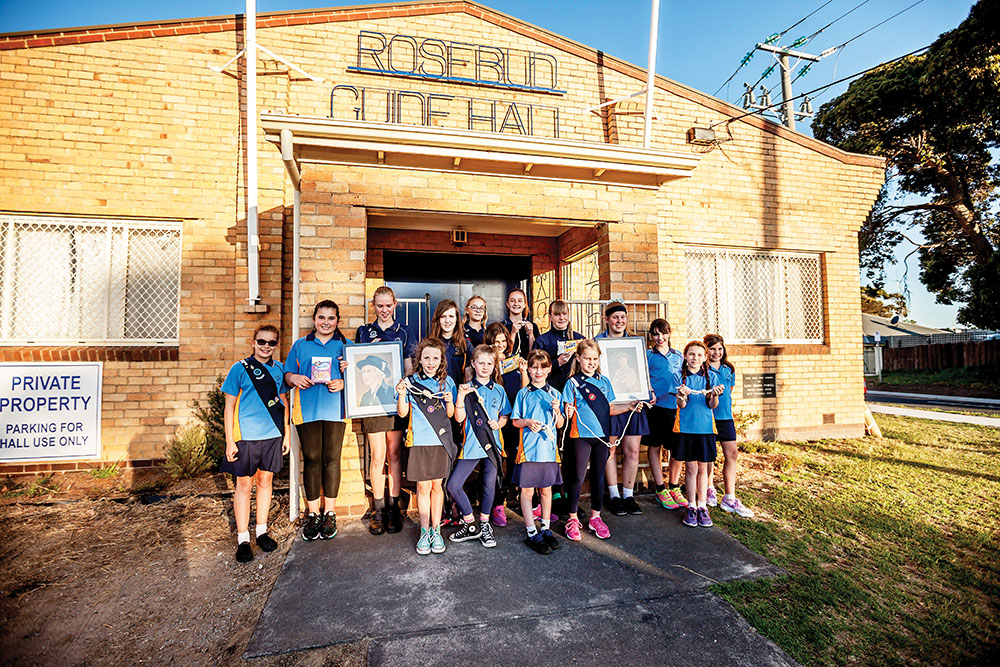 ANYONE travelling along Jetty Rd, Rosebud will be familiar with the Girl Guide hall opposite Rosebud Primary School.

For the past 60 years this multi-functional community landmark has been used and appreciated by guides and other community groups. It has allowed girls aged five and up to be part of a world-wide movement aimed at building confident, self-respecting, responsible community members.

The building came about after an enthusiastic group met on 1 December 1954 with a vision to respond to the post-war influx of residents onto the Mornington Peninsula.

Riding a swell of community interest, they created a building fund two months later with a local businessman acting as guarantor. Fundraising got under way which, in those days, included baby shows, street stalls, bingo nights and the ever-popular card evenings.

A year later the group bought a double block on the corner of Jetty Rd and Morgan St. Families and friends cleared and levelled the site to make way for the brick veneer building and works got under way with harmony, skill and enthusiasm.

The first meeting in the new hall was on 9 August 1957. But the “icing on the cake” was advice that the World Chief Guide, Lady Olave Baden-Powell, had agreed to officially open the hall, 3pm, Tuesday 26 November, 1957.

This was a great day for the fledgling Rosebud community – local Scouts and Guides formed a guard-of-honour, Flinders Naval Depot band played a rousing welcome, and, alongside community leaders, hundreds watched on as Lady Baden-Powell took the key and opened the door.

The hall, now with a state heritage listing, is one of only a handful fully owned by the Girl Guides Association of Victoria, with local people responsible for repairs and maintenance. A grant from the Bendigo Bank will finance a project to remove asbestos.