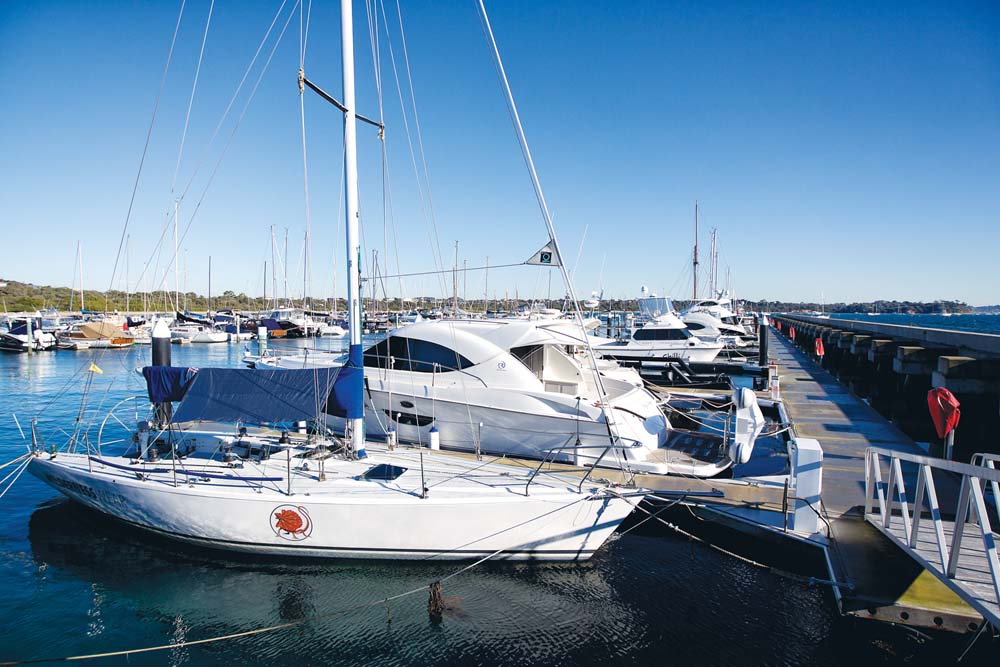 THE Blairgowrie marina is now able to add “fish friendly” to its description. Although “friendly” may not be the description used by a fish hooked within the marina, it is a title bestowed on the Blairgowrie Yacht Squadron-owned marina for “protection and enhancement of marine habitat”.

Blairgowrie is the first Victorian marina to get the Marina Industries Association accreditation and the 33rd in the Asia Pacific region.

This latest recognition follows Blairgowrie being recognised as an international clean marina in late 2016.

At Blairgowrie attention has been given to the monitoring and recording of marine species.  “Melbourne University marine biology students regularly visit the marina to check field plates deployed on the marina arm. Divers also regularly check for any signs of marina pest in the waters around the marina,” general manager Ross Kilborn said.

“The recent replacement of some nearby moorings with seagrass-friendly installations has also resulted in better seagrass coverage around and in the marina.”

Yacht squadron commodore Al Singh said the southern end of the bay had one of the “richest marine environments on the Victorian coast”.

“[The marina] is a recognised dive site by the Victorian diving community and we are very pleased to receive this recognition of the enhancement our marina has achieved,” he said.

The Marina Industry Association says it “developed” the Fish Friendly Marinas award “to inform marina managers on how to maximise the benefits for fish and recognise those operators actively working to improve fish habitat”.