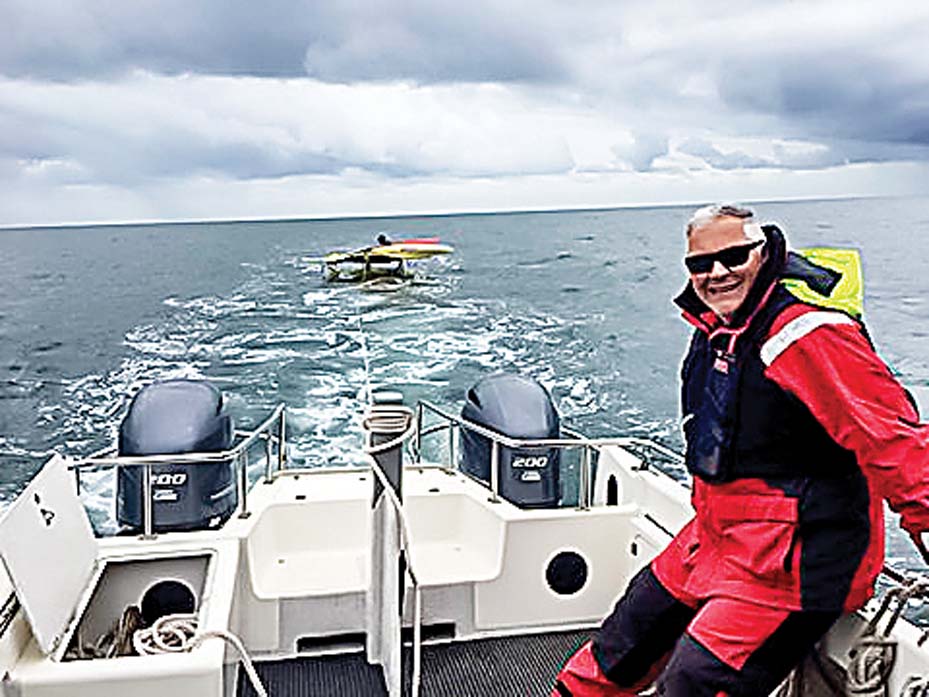 A STRONG south-easterly wind was the last thing two Hobie cat sailors needed after losing their mast about two kilometres off Mornington last week. Their craft was rapidly heading out to sea when Volunteer Marine Rescue crews received an emergency call from the Water Police. They were quickly on the scene to help, 11.40am, Monday 4 December.

VMR crewman Bob Chase: “We were alongside the stricken yacht within 30 minutes of the call. The two occupants in their mid-late 30s were glad to see us. They did all the right things. They were wearing lifejackets and had a mobile phone in a waterproof pouch.”