Looking back on 70 years of sail 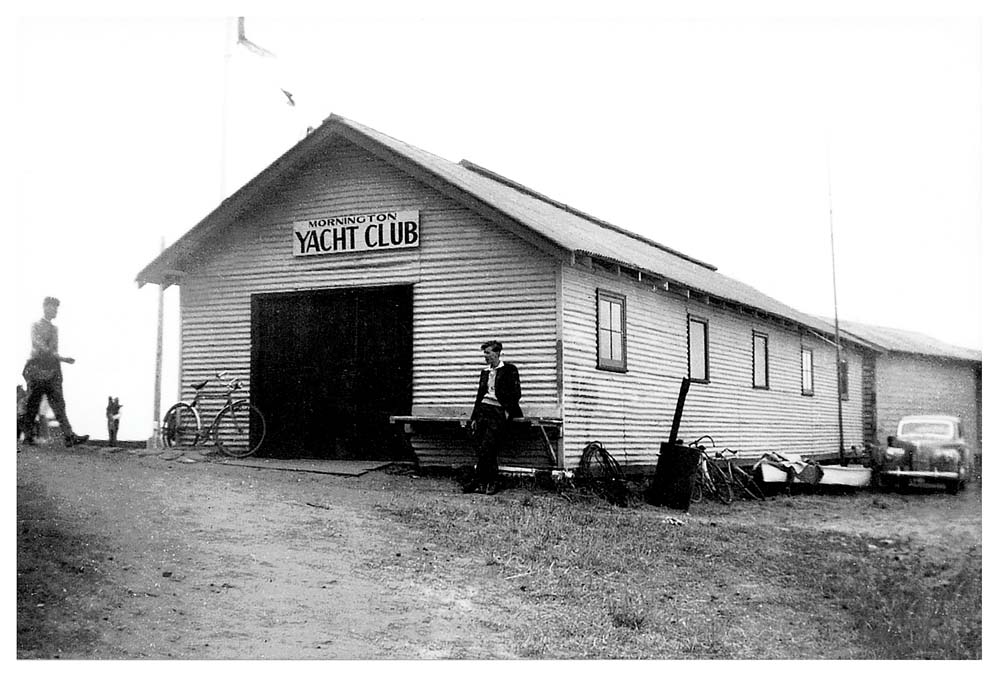 MORNINGTON Yacht Club has published a book covering its first 70 years. The book of 300-odd pages by author Stuart Gooley covers sailing at Mornington from the first recorded regatta in 1858, two years after the first 30-metre section of the pier was built.

The early regattas were held by the established clubs at the top of the bay, such as Royal Brighton, Royal Melbourne and Hobsons Bay. These clubs staged races to Mornington at various times during the season, particularly at Easter.

The regattas drew crowds of locals to the pier and surrounding cliffs to watch the races, which included such classic yachts such as Acrospire, Eun-na-marra, Yeulba, Ranee, and Uira.

Mornington Progress Association and the local hotels supported the races and created a carnival atmosphere at the pier. Governor-General Lord Forster competed in several regattas, and Prime Minister Stanley Bruce spoke at a regatta dinner at the Royal Hotel, Mornington.

Over the years the regattas were hit by storms: in a major storm at Easter 1938, 12 Jubilee class yachts from Brighton washed onto Mother’s Beach.

Mornington Yacht Club was established in 1946 by a small group of young men and women sailing a mixed fleet of boats off Shire Hall beach. Soon the club was able to lease an old green Army hut at the pier that had been used by the Balcombe Army Camp during the war to train amphibious troops.

It was able to lease its present site when a reclamation project was completed in 1966 and the first stage of the new clubhouse was built.

Other storms have caused extensive damage to both the pier and to members’ boats. In one storm in 1984, 30 boats were badly damaged, and other storms in 1986 and 2008 were also bad.

The first keel boat races began in 1960 with the introduction of three Top Hat keel boats, and, subsequently, club members started to enter ocean races from 1970.

In 1990 Grant Wharington launched his first Wild Thing and this and subsequent Wild Things were a familiar sight in the harbour for many years. His line honours victory in the 2003 Sydney-to-Hobart race and his triumphant return to Mornington harbour were highlights.

Club boats have won three international ocean races. There have been 63 entries in the Sydney to Hobart, 38 in the Westcoaster to Hobart, and 83 in the annual Queenscliff to Devonport race since the club was formed.

The club runs learn-to-sail programs to introduce those interested in sailing as juniors or as an adults. It recently bought six Pacer dinghies for use in school sports.

For several years the club’s facilities have been used for Sailability programs so those with a disability can take part in sailing activities. This program, staffed by volunteers, is run on several days a week and is recognised as one of the leading programs in the state.

Copies of the book are available at the club, email office@morningtonyc.net.au or call 5975 7001. Soft cover editions are $50 and hard cover editions $110.