Park residents fear for their future 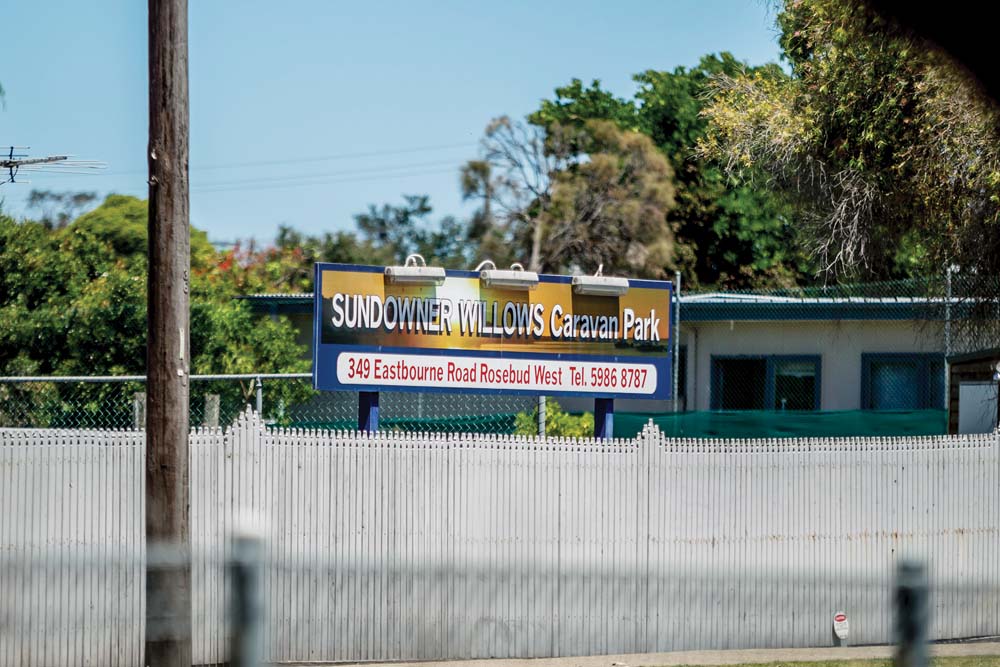 RESIDENTS at the Sundowner Willows caravan park are nervous about their future after it was bought by neighbour The Village Glen retirement village just before Christmas.

The mainly elderly residents – some living at the Eastbourne Rd caravan park for more than 20 years – are worried even though the Glen’s founder Chas Jacobsen assured them “nothing will happen for at least two years”.

Resident Marilyn Pritchard said the sale of the 107-site park went through on 22 December after a hastily convened meeting of about 30 residents was held earlier in the week. “The general mood was that people were angry and upset,” she said. “They don’t know where to turn.

“I know my world has been pulled out from under me.

“I thought this would be my last home.”

Ms Pritchard said residents had been assured of a two year respite. “We have been told nothing will happen in that time and that the new owners ‘intend’ to run it as a caravan park and that ‘future plans are yet to be determined’.

“But everyone is nervous,” she said.

“Legally we have no leg to stand on but some residents are upset; one couple is in their 80s and now they will be kicked out.

“Fewer than five of our residents are under 60.”

The Village Glen has more than 600 villas and 800 residents on its 120 acres. Chief operating officer Peter Nilsson said “a number of options are available to us” in planning the caravan park’s future.

“We have had a view as to the site for some time,” he said.

“We have a business in housing older people.”

He said he empathised with the park’s residents. “I understand they are unsettled,” he said. “Anyone would be when the place they are living is sold.

Mr Nilsson said Mr Jacobsen had fixed park residents’ rent for the two-year term as a gesture of goodwill.

“We will work with them,” he said.

“We are in there every day talking to them.

“We understand our obligation to them.”

Village Glen also runs Ti Tree Lodge Aged Care and has a site at Baxter. It is building an aged care home on Nepean Highway, Mornington, that’s due open in April.