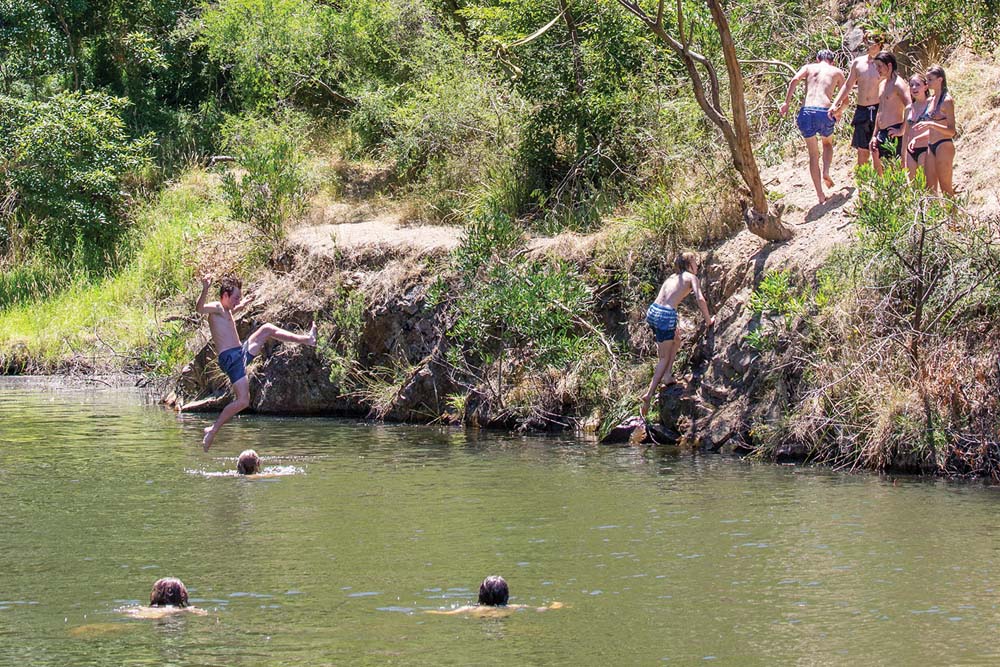 A MT ELIZA boy was lucky not to suffer spinal injuries when he landed awkwardly after jumping from a 20-metre cliff at Moorooduc quarry, Mt Eliza, last week.

Vincent Davies, 12, was swimming with friends, Wednesday 17 January, at the popular swimming spot accompanied by one of their fathers when he followed other boys to the top – and jumped.

“He said he wanted to go swimming there and I said, ‘absolutely no jumping off anything high’, because I know a lot of boys jump there,” Ms Davies said.

“I called one of the other parents and she said their husband was going too and felt that it would be all right.

“But he didn’t listen to me. He crept off and suddenly appeared at the top where the parent saw him and told him it was not a good idea.”

“It was lucky that dad was there because Vincent landed on his back and was completely winded; the dad was able to bring him to shore,” Ms Davies said. “He has indeed had a lucky escape.”

Ms Davies said “the adrenalin must have kicked in” because her son was able to ride his bike home and appeared to be fine until hours later when he complained of back pain.

“I was furious when I heard what had happened,” she said. “It was terrifying. It must have been like hitting concrete.”

A nursing friend examined the youngster and 24 hours later x-rays showed he had eight compression fractures but, luckily, no damage to his spinal cord. He will not require surgery.

Vincent spent the night at Frankston Hospital and was moved to the Royal Children’s Hospital to see a specialist on Friday.

“Who knows what’s under the water: there may be old cars in there.”