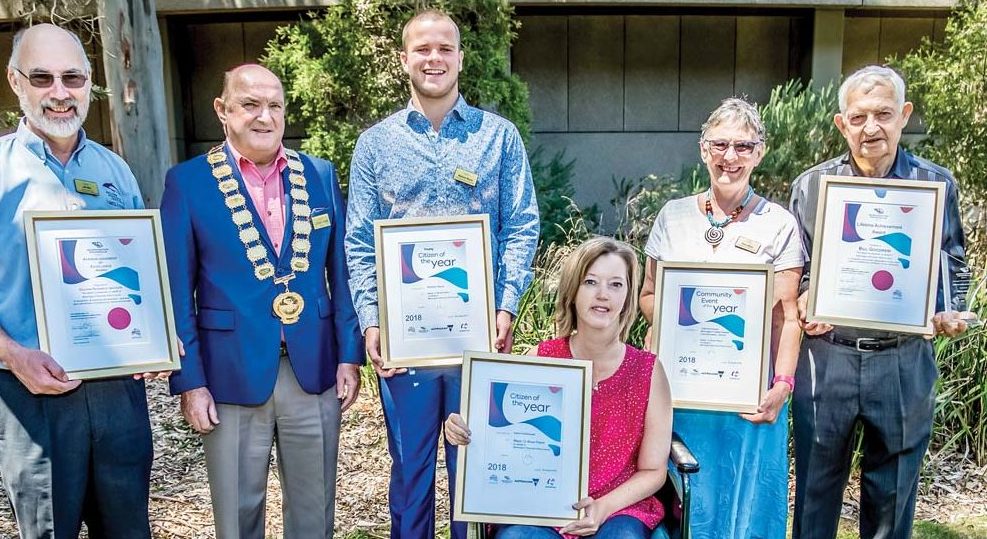 The Australia Day winners were presented with their awards at a ceremony on Friday at Rosebud Memorial Hall.

Ms Fankhauser was born with muscular dystrophy and started using a wheelchair four years ago. She grew up in Main Ridge but now leads an active and independent life in McCrae.

She is an inclusion advocate, qualified tax accountant, and vice-chairperson of the shire’s All Abilities Consultative Committee (AACC).

As part of her AACC role, Ms Fankhauser is involved in advocacy for Changing Places facilities at Arthurs Seat and at Mornington, the Mt Martha beach access project, and the AACC’s submission and presentation to the federal government on the National Disability Strategy.

She also makes regular submissions on shire policies, strategies and developments, including the Rosebud pool.

She is involved in the development of the shire’s Disability Action Plan (2018-22), and advocated for universal design in community buildings and houses. She is also working on an education campaign to help peninsula businesses and community groups better understand why access and inclusion “is everyone’s business”.

Matthew Mayne, 17, is active in the sporting community and a volunteer with Mornington RSL. He has achieved numerous sporting “goals” including last year raising almost $12,000 for the EJ Whitten Foundation for cutting his “famous” mullet. The Community Event of the Year award went to the 125th anniversary commemoration of the Mornington Football Club disaster of 1892.

A Lifetime Achievement Award was presented to former councillor and mayor William (Bill) Goodrem. He spends most of his time working with community groups, including Rotary, Lions, Knights of the Southern Cross, Habitat for Humanity, Rye Action Group, Meals on Wheels, St Vincent De Paul, school groups and sporting clubs.

An Acknowledgement of Excellence Award was presented to the Dolphin Research Institute’s executive director Jeff Weir. The institute celebrated its 25th anniversary of operation under Mr Weir’s guidance. Based in Hastings, the DRI contributes to marine ecological protection in both Port Phillip and Western Port bays. It has conducted marine education programs for more than 100,000 children and adults, developed a state-wide marine ambassador program called ‘I sea, I care’.