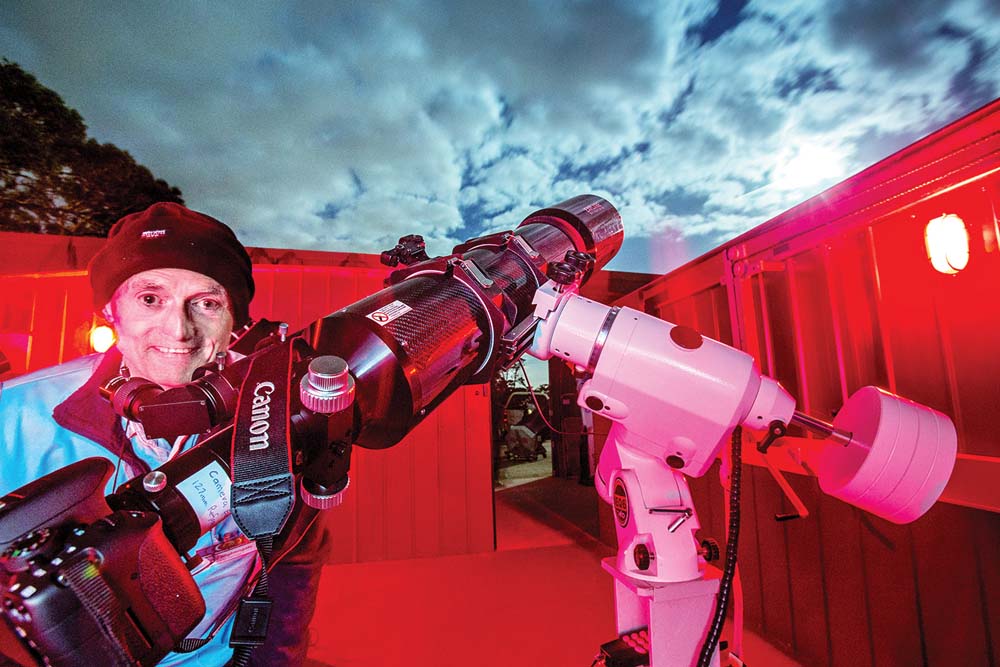 At first, the mood was somewhat subdued as the cloud cover was heavy but at about 10pm the skies cleared revealing the beginning of the Penumbral Eclipse.

Over the next four hours, the shadow of the earth gradually encroached between the moon and the sun, changing the colour of the moon to a blood red. Members of the astronomy club were kept busy helping the public set up their cameras and telescopes.

By 1am, most people had called it a night leaving a few diehards to watch the end of the eclipse in the cool night air under the Milky Way. The next total lunar eclipse will be on 28 July, commencing at 3.13am with astronomical twilight beginning just prior to mid-eclipse, ending observation at 6.22am precisely.