By IT GullyFebruary 5, 2018No Comments2 Mins Read 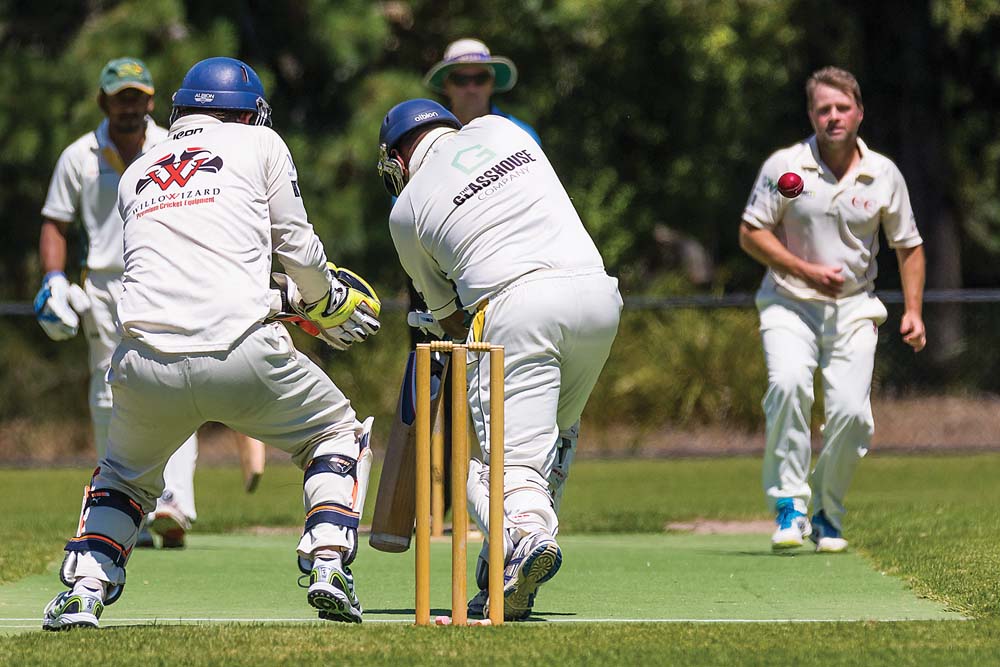 LONG Island stepped up to the plate when it needed, steam rolling Pines in impressive fashion in MPCA Peninsula Cricket on Saturday.

The Islanders started the day defending a modest total of just 154, however its bowling attack came to the fore, all of them contributing to the wicket tally.

Greg Lamb was at his brilliant best snaring 4/18 off 12 overs while Stuart Swift took 2/15 and Andrew Tweddle picked up 2/19.

Nick Wilcox finished unbeaten for Pines on 20.  The only other batsman to score double figures was Jarred Coad with 13.

Main Ridge, despite resuming one wicket down against Delacombe Park, still would have fancied its chances of reaching and passing the Parkers 197.

However yet another batting collapse saw the Ridge rolled for just 136 in 87 overs.

Ricky Ramsdale, who topped scored for the Parkers with the bat, was also the pick of the bowlers claiming 5/41 off 26 overs.

Keeper-batsman Ed Aarons top scored for the Ridge with 44.

Flinders successfully defended its 9/207 against Somerville, winning by 28 runs.

The Eagles lasted 75.3 overs, scoring 179. Leigh Lowry (52) and Andrew West (27) gave the Eagles a slight sniff but Flinders bowling attack proved too strong in the end.

Matt Burns was the best of the Sharks bowlers with 3/40 off 24.3 overs while Max Royal also picked up three wickets and Dwayne Field took 2/35.

In the final game of the round as predicted Red Hill easily defended its 7/313. Moorooduc could only manage 150 in reply off 48 overs. Shamith Kannangara top scored for the Ducs with 24.

With the ball Simon Dart was the best of the bowlers with 3/24.