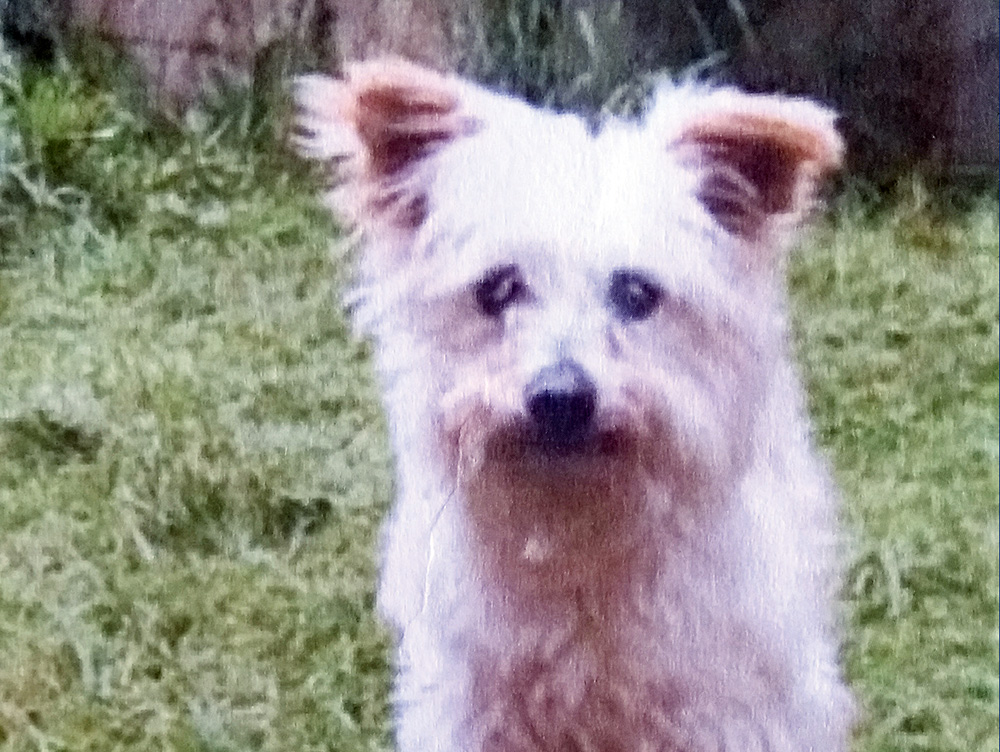 THE plight of a dog named Jack and his would-be rescuer, Pam, of Mornington, touched many people when aired on social media over the holidays.

Posted by Save Mornington Pound Pets, which advocates for improved outcomes at the shire’s shelter in Watt Rd, it received 21,000 hits in 24 hours.

The story was about an old dog called Jack who often visited Pam’s home. After regularly “hanging around”, Jack was invited inside and they grew fond of each other’s company.

“Jack was 16, with cataracts and deaf, and just loved to sit with me and the cat and be cuddled,” Pam said. She would return him to his owners after each visit.

The owners unexpectedly shifted away, abandoning Jack to the pound without Pam knowing where he had gone – until she saw his picture on Mornington Peninsula Shire pound’s website.

“I called and asked if I could register an interest in him as it broke my heart to know this poor old boy spending time in a cage alone,” she said.

Pam says she pleaded with the pound to have Jack released to her. “I felt such a close connection to him and it seemed unfair for him to be deprived of love at this time in his life.

“It made sense for him to be released to me and not given to a rescue group which would have to start from scratch looking for a new home.”

Despite calling and writing to the council many times Pam says she didn’t get a reply. “I have no idea where Jack is and what has happened to him,” she said at the time.

After Save Mornington Pound Pets published the story online a reader recognised Jack. He had gone to a rescue group. Without realising a loving home awaited him, the charity arranged transport, found a carer, took Jack to the vet for dental treatment and generally looked after him. Jack passed away weeks later without being reunited with Pam.

“This sad story touched the hearts of animal lovers around Australia who wanted to show their support for Pam and sorrow at the loss of Jack,” Save Mornington Pound Pets member Melanie Nelson, said.

“The question is: Why wouldn’t [the council] let Pam adopt him so he could have spent his final weeks with her?

“The rescue group would have had to arrange transport to Mornington, find him a foster carer – which is very hard – take him to a vet, pay for treatment out of donations and then care for him as he recovered. They would have been heartbroken when he passed away.”

After months of online parrying, the pound asked to meet with Pam. She says they apologised and agreed there were learnings to be had.

“From the tale of little Jack, there certainly seems to be room for improvement in the way the pound operates,” Pam said.

“Staff should be trained in how to explain adoption and rescue procedures to potential owners, there should be transparency in communication, and quick responses to customer emails.”

The shire’s environment protection manager John Rankine said shelter staff made “many phone calls and emails attempting to track down Jack’s owners as we had a number of concerns about [his] care to address with them”.

“A photo went up on our website immediately alerting the community and beyond.”

He said the shire received an inquiry from Pam wishing to “adopt” Jack, and another from a rescue group wishing to “rescue” him.

“It was decided it was best for Jack to go to a rescue group as direct adoption would have required [him] to be vaccinated and serve a further eight days in quarantine. We believe this was not the best option for Jack at the time,” he said.

“The shire explained this decision to [Pam] … and provided [her] with a photo of Jack in the care of the rescue group. [He] was well cared for to the end.”