Doggies’ quicks need to step up

By IT GullyFebruary 12, 2018No Comments2 Mins Read 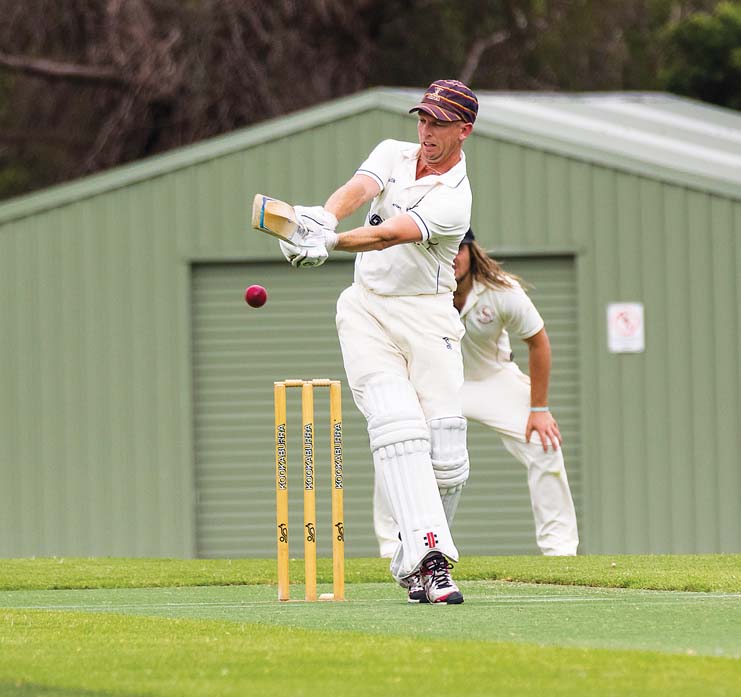 MORNINGTON’S bowlers will need to bring everything and more to Baxter Park this Saturday when it tries to defend 122 against Baxter in MPCA Provincial Cricket.

The Doggies won the toss and elected to bat at Wayne Landry Reserve and things didn’t start well when Doggies skipper Sam Wiese was trapped leg before by Dale Irving for five.

This dismissal caused general rot throughout Mornington’s innings with Charlie Parker the only batsman making a solid contribution with 34.

The Brittain brothers were at their best with the ball for Baxter, Chris snaring 3/25 from 16 overs while Ben helped himself to 3/25 off 11 overs.

Baxter faced the final ten overs off the day and will resume this week 0/8.

Langwarrin has again put itself in an excellent position after the first day’s play against Pearcedale.

Whilst losing its first two wickets for just 18 runs, the Kangas were able to settle and put together a more than competitive score of 219.

Matt Prosser was again amongst the runs scoring 89 while Travis Campbell hit 52 and Jake Prosser 34.

Sorrento had plenty of reason to get excited against Mt Eliza at Wooralla Drive after bowling them out for 117.

Chathupama Gunasinghe was the destroyer for the Sorras with 6/29 from 20.1 overs.

Facing the final nine overs of the day the Sorras needed to hold firm.  Unfortunately, both openers including Bobby Wilson were sent packing leaving the visitors needing 102 runs for victory with eight wickets in hand.

In the final match in Provincial Cricket Peninsula Old Boys are in the box seat to beat Crib Point. My prediction is a POB outright victory.

In reply, the Magpies will resume at 1/6.