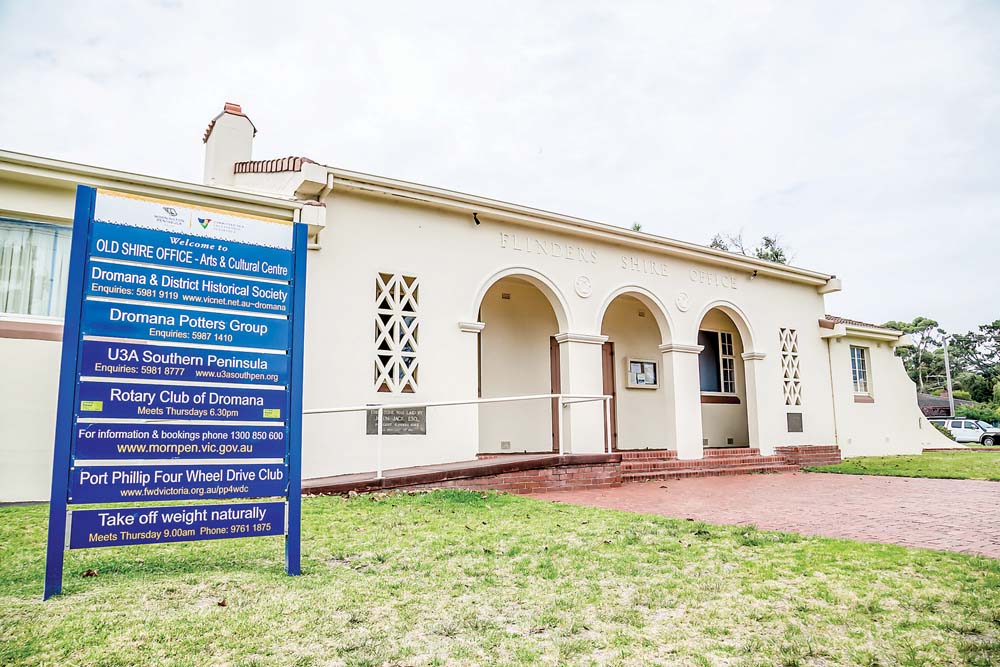 During the break in, several valuable pieces were stolen from historical society collections.

“I am angered by this senseless act on such a well-loved community space,” Cr Simon Brooks said. “We will work to help rectify the situation wherever possible.”

Cr Antonella Celi said the break-in was a “real blow to our community and their sense of safety”.

“It’s especially bad for the many volunteers who dedicate their time to preserving and sharing pieces of peninsula history,” she said.

The most affected rooms were the museum and hall, while the museum’s workroom was spared much damage.

Shire officers on site early Thursday were identifying what was missing and repairing breakages while liaising with the community groups and historical societies which use the building.

The mayor Cr Bryan Payne said the vandalism “not only inconveniences community groups that utilise the facility, but all residents and visitors who enjoy the space”.

“The shire will continue to work closely with the affected community groups and historical societies throughout this process.”

Cr Frank Martin said clubs and groups which relied on the building to get together as a community would be “disappointed”.

The cost of the clean-up works and repairs are yet to be finalised.

Anyone with information can call Crime Stoppers 1800 333 000 or online at crimestoppersvic.com.au