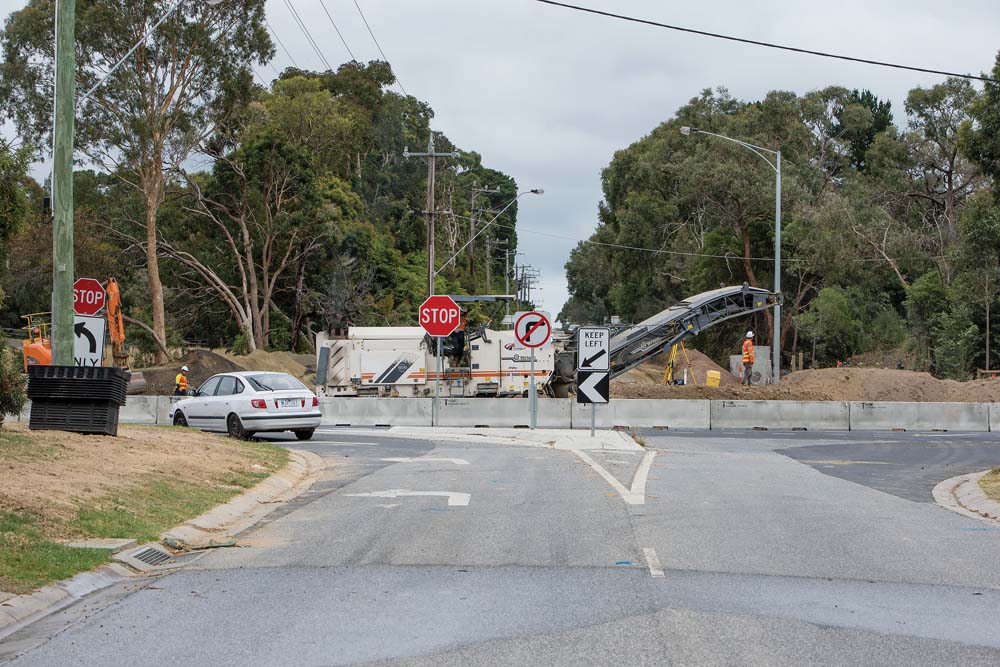 Works overdue: A roundabout is being built at the Robinsons Road-Western Port Highway intersection to improve “the most dangerous road on the peninsula”. Vehicles of all types, including cars and motorbikes have been involved in 17 crashes over the past five years. Pictures: Gary Sissons
Share
Facebook Twitter LinkedIn Pinterest Email WITH a recent history that includes 17 crashes requiring emergency services, the intersection of Western Port Highway and Robinsons Road, Langwarrin, is receiving an overdue upgrade.

A roundabout at the intersection is expected to be completed in June.

Of the 17 crashes during the five years to June 2015, 14 involved cross traffic which resulted in seven serious injuries and two fatalities – one involving 19-year-old Olivia Steadman-Meconi, of Mt Eliza, who crashed in May, 2015. Her death heralded the start of a campaign for a roundabout. At the time, Hastings MP Neale Burgess delivered a petition to parliament urging the roundabout works be fast-tracked on “the most dangerous road on the peninsula”.

VicRoads has acknowledged the six-month project followed “ongoing concerns from the local community”.

“We’ve undertaken detailed investigations of the intersection and are installing a dual lane roundabout to address the current safety issues,” VicRoads’ website says.

In the first stage, a section of Robinsons Road (West) entering from Western Port Highway will be closed for about eight weeks from late January.

Police are urging drivers to note the changed traffic conditions in the area during the building of the roundabout, citing short-term pain for long-term gain. “The end result will be a much safer intersection for everyone travelling through it,” they said.