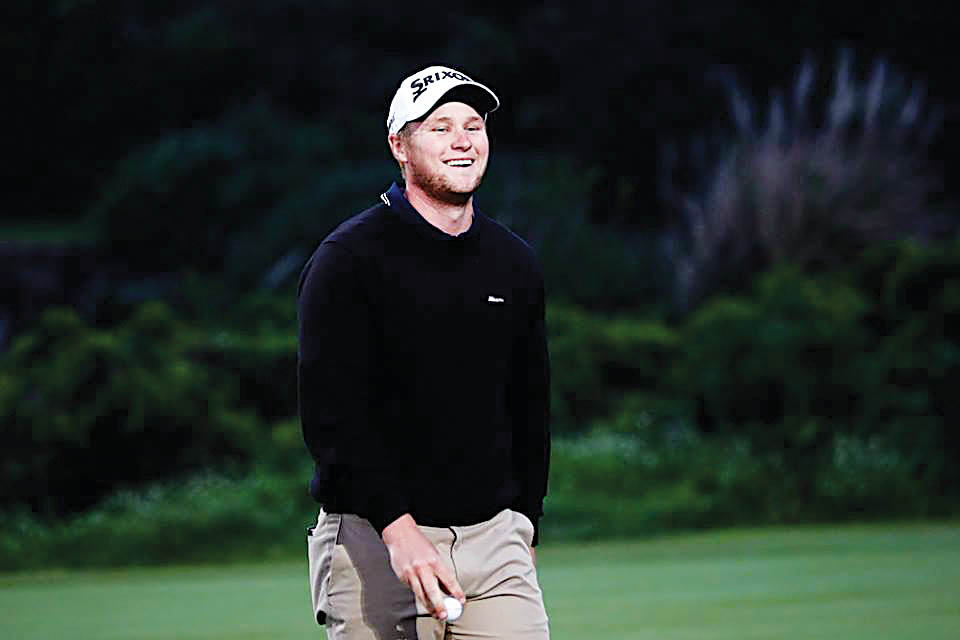 ROSEBUD Country Club member Andrew Schonewille has secured his spot on the PGA Tour Series – China after winning a three-way playoff for the 15th and final card on Sunday 4 February.

After sitting down with his coaches and planning out his year ahead, Schonewille decided to target the four-day Qualifiers at Mission Hills in Haikou on the Chinese Island of Hainan.

Schonewille finished one over the card (73/70/70/76/289) to tie for 15th on the final day with fellow Australian Corey Hale and Singapore golfer Joshua Shou to head into a three-way playoff for the final spot on the series.

All three players parred the first hole of the playoff before Shou made a bogey on the second to drop out. Both of the Aussies scored a par with Schonewille sinking a 20-foot putt.

On the third and final playoff hole, Schonewille landed a birdie to secure his place on the tour while Hale missed out scoring a par.

Schonewille said the conditions were different to what he was used to but is stoked that he is able to continue to play golf for a living.

“The sun wasn’t there for the play-off so it was definitely different playing under the lights,” he said.

“I’m more relieved than anything to win the play-off as I have now pretty much got a job and can play golf and have four round tournaments to play in throughout the year.

“My confidence had been quite low as of late as I haven’t done much over the last four or five months and nothing really went my way at the Australian Tour School at the end of last year.”

Schonewille said that the highs and lows since joining the professional ranks this time last year have made him a better all-round golfer.

“I think I’ve matured a lot since last year,” he said.

“I got off to a really good start last year and I think I was a little immature with how I handled it all but because I have been struggling over the last five months or so I feel like have matured a lot and have been able to hold myself better as a professional.”

“Everyone goes through those lows and I haven’t completely come through it yet but I think I have taken a forward step in the right direction and hopefully it’s upwards from here.”

Schonewille believes the tour will be more competitive than what he has played recently with a lot of the players competing to make it onto the Web.com Tour.

“The top five in the order of merit [for the PGA Tour Series-China] will then make it onto the Web.com Tour which is the tour under the US PGA. It’s the incentive that the US and Australian guys go to do,” he said.

Schonewille will now prepare for his trip back over to China with the PGA TOUR Series-China resuming in March.