Blues get off the bottom

By IT GullyFebruary 19, 2018No Comments3 Mins Read 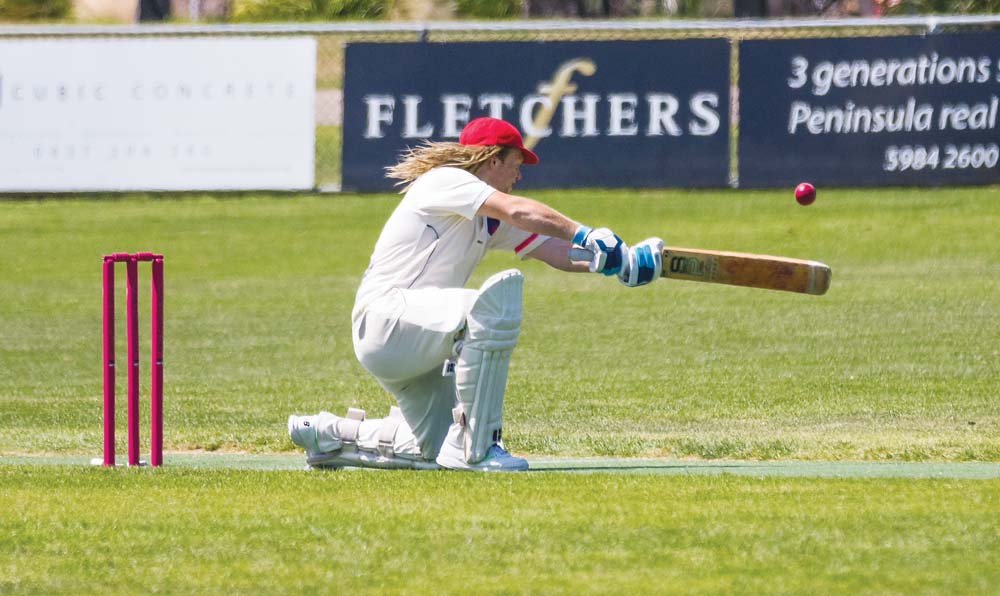 HASTINGS has clawed its way off the bottom off the MPCA District ladder after beating Seaford Tigers outright on Saturday.

Rosebud now looks after the unenviable position of bottom of the ladder and is now under pressure to avoid relegation.

The Blues had pretty much wrapped up victory last week, however there was always that chance of the Tigers pulling off a reverse outright. That wasn’t the case as we headed into day two, even though the Blues resumed at 3/35 and were eventually bowled out for just 106.

Mt Martha was able to get pre-finals bragging rights over Seaford in their clash.

Mt Martha now hold second place on the lader, .05 of a percent clear of Seaford who sit in third place. Given the tightness of the season it was an important win for the Reds.

It was an incredible victory for Mt Martha who resumed day two at 7/29, chasing Seaford’s first innings total of 126.

Make no mistake Brad Schreuder was the match winner with an unbeaten 42, while Kane Hawkins was not far behind at all with 39.  Right at the end when Mt Martha needed somebody to stick around with Schreuder, Curtis Stone was the man to step up to the plate, scoring 19 runs and helping to get his team over the line.

Heatherhill has grabbed Rye’s position in the top bracket after a convincing 100 plus runs win.

Set 223 for victory, Rye resumed at 0/7. They were bowled out in the 42nd over for just 100. Matty Meagher was the destroyer for Heatherhill, taking 5/22 off 13 overs. Looking for an outright victory the Hills sent Rye back into bat, however were not able to pick up the ten wickets.

Rye opener Tom Baron proved to be the thorn in the Hill’s side, scoring 101.

It was a game between top versus bottom – Baden Powell vs Rosebud.

Enough said?  Not quite!

Resuming at 1/62 and chasing 110 for victory, the Braves skipped along to victory scoring 5/244 in a leisurely 92 overs.

Coen Chernishoff top scored for the Braves with 84 while Craig Entwistle finished unbeaten on 59.