Down to earth with royalty of the air 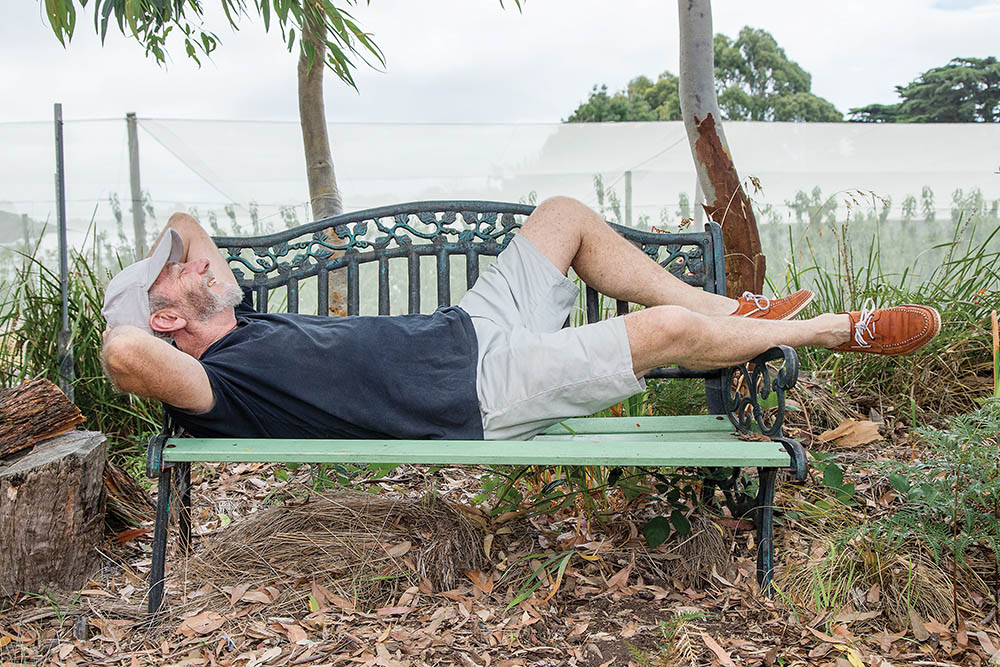 IT was a once in a life time encounter: a face to face meeting with a wedge-tailed eagle on a bushwalk in the Arthurs Seat State Park that left me gob smacked.

Sighting dolphins while walking along the beach is becoming commonplace. Many times I have been surprised by up to five, appearing from under my kayak out on Port Phillip.

I have been on the bay’s waters most of my life and don’t believe I’ve ever sighted so many dolphins as in recent times.

On 10 June, a humpback whale and her calf spotted in the bay were said to be a first in recorded history.

Since scallop dredging ceased on 8 August 2005, the bay has shown obvious signs of rejuvenation. Who knows what the long-term effects of channel dredging will be?

In the hinterland and other areas of the Mornington Peninsula, eastern grey kangaroos, swamp Wallabies, echidnas, koalas, snakes, lizards, goannas, blue tongues, cockatoos, galahs, rosellas, powerful owls and all kinds of sea birds are there for the keen observer.

Any self-respecting bushwalker, birdwatcher, or natural historian knows not to disturb or interrupt native animal or bird habitat. This message should be conveyed more widely.

On the peninsula and elsewhere in Australia, animal and bird life has been reduced in huge numbers with land clearing for agriculture.

Since the peninsula has been divided into small parcels it is obvious that those plots are mostly no longer viable for agricultural profit. Replanting pasture areas and wetlands with indigenous trees would benefit wild life greatly.

Rehabilitation is essential to maintain a balance with human intervention and the depletion of animal and bird life.

But the odds of encounter with a wedge-tailed eagle with an almost two metre wing span from a distance of eight metres, was my equivalent to being struck by lightning, a lottery win, or at least achieving a hole in one on the golf course. But oh, so much more pleasant.

The eagle was on the ground under a canopy of trees to my left. The magnificent bird would have realised immediately that to achieve flight it had to cross my path in the only open space available. He did this instantly, but the act seemed like slow motion as its powerful legs strode in front of me as, simultaneously, the huge wings began to open and flap, gaining precious ground to retreat from me, the intruder.

He stayed at a height of three meters swerving through the eucalypts, until eventually out of sight.

I seemed frozen to that spot marvelling, while in disbelief that I had the privilege to witness this amazing creature so intimately.

Until recently there was a bounty on their head.

The eagle is often accused of killing lambs. Yes, it is more than capable as many eye witness accounts tell of eagles feeding off dead lambs. There is no proof that they were actually responsible for the killing, as many lambs are taken by dogs, foxes even large feral cats.

One can only imagine how the peninsula teemed with wildlife before settlement. It is essential that we reclaim as much land as possible for wildlife.

I have often lain on my back in the grass staring upward observing eagles –jumbo jets of the bird world, sometimes just a dot hovering at heights of up to 2000 metres.

I know that when I next sight a wedge-tailed Eagle, I will remember my first close-up meeting with this majestic creature.

WEDGE-tailed eagles are monogamous. If one partner dies they can mate again. They lay up to three eggs but more often one or two. The first egg is the larger and will be the survivor. The second egg will be destroyed if there is a shortage of food in its territory.

Nests are usually built in the highest tree, but can be in shrubs or a cliff face where trees are absent. Nest can be 1.8 metres across; 3 metres deep and weigh up to 400 kilograms. They are made of dead sticks and lined with fresh twigs and leaves.

Strange, but if sticks fall from the nest they are never reused. There can be a huge pile of fallen sticks at the base of the tree.

Eagles are territorial and active nests are usually about 2.5km apart but can be as close as one kilometre depending on the availability of food.

Eagles feed on live prey and carrion. They will eat what is available: lizards, birds and mammals, but mostly rabbits.