By IT GullyFebruary 19, 2018No Comments2 Mins Read 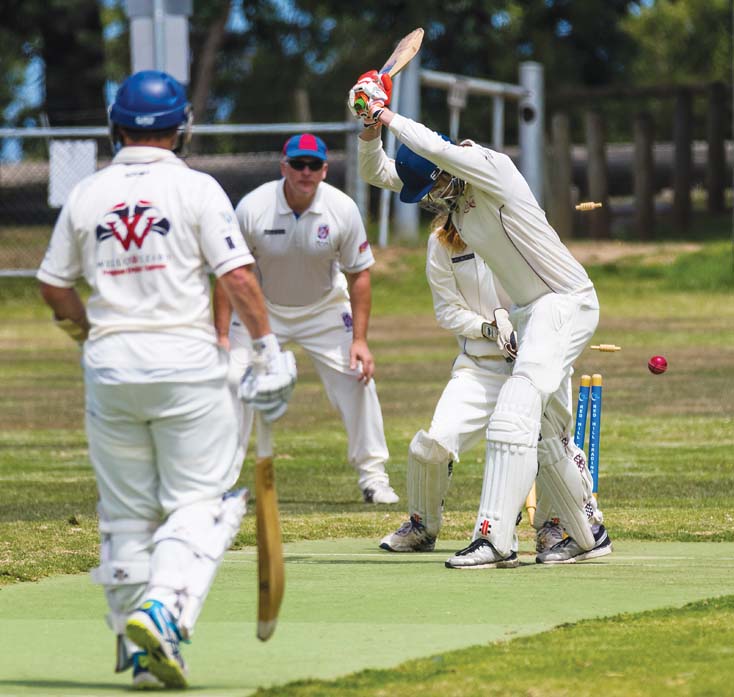 Main Ridge had a wonderful opportunity to all but cement its place in the top two, however blew it despite getting first innings points.

Last week after the first day Main Ridge bowled out Moorooduc for 55 before declaring its first innings at 7/141. With 19 overs left in the day the Ridge were able to take 3/64 still leaving the Ducks 40 runs behind.

On day two what the Ridge didn’t count on was Madushanka Perera scoring 92 and Kasun Perera helping himself to 89, eventually declaring after 54 overs at 9/236.

Justin McCleary was the best of the Moorooduc bowlers with 4/46 off 13 overs.

A cracking 132 runs from arguably one of the Peninsula’s greatest ever sportsman, Michael Burke, has helped Long Island to an unlikely victory against Delacombe Park.

Chasing 248 for victory Burke was joined at the crease by Pubudu Edirisinghe who helped himself to 65.  Helping Long Island to 6/251 in 73 overs. The Parkers used eight bowlers in a desperate attempt to remove Burke, the match winner.

As expected Somerville proved far too strong for Pines.

Chasing Somerville’s 173 Pines lost 3 wickets in the final seven overs of day one.

Resuming day two at 3/20 things never recovered for Pines, bowled out in the fifty second over for 119.

Jayde Herrick was the best of the Somerville bowlers with 4/27 while Jay Parker picked up 3/7 from seven overs.

Red Hill made light work of Flinders picking up the victory total in the sixty seventh over. Simon Dart finished unbeaten on 85 as did Tim Collette on 51. Red Hill declared at 5/179.