Mounties hang on despite draw

By IT GullyFebruary 19, 2018No Comments2 Mins Read 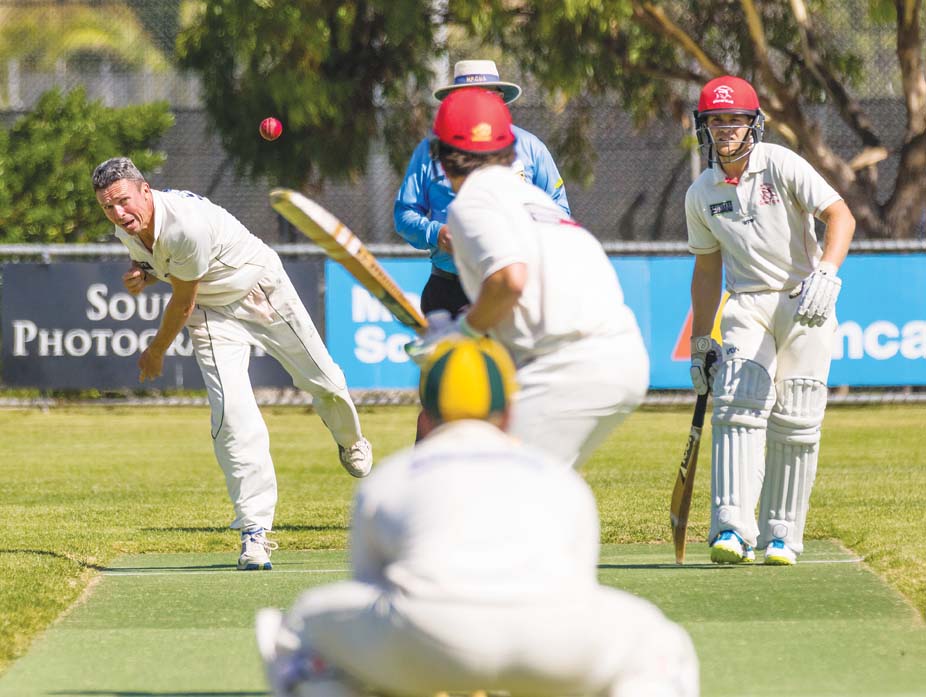 MT ELIZA maintained its position in the top four in MPCA Provincial Cricket on Saturday despite playing out a dramatic draw against Sorrento.

Defending 117 Mt Eliza already had Sorrento on the ropes at the beginning of day two at 2/12.

With arguably one of the best bowling attacks in the competition Mt Eliza was always in the box seat to defend such a low score.

Sorrento’s Kane Gordon (40) and Liam O’Connor (36) were the only batsmen to offer any assistance. Mt Eliza was bowled out for 117 with more than 15 overs up their sleeve. At one point late in the match Sorrento looked home at 8/115.

Nick Baron was the pick of the Mt Eliza bowlers 3/28.

Kangas skipper again took the game by the scruff bowling 22.2 overs with a match winning return of 5/72. Coach Jake Prosser was also impressive with ball in hand snaring 4/35.

Pearcedale’s Chris Dew was the only batsman who looked likely to help Pearcedale to the 220 required for victory, however he was dismissed for 67 and that was the end of the ball game.

The Panthers were eventually all out for 173.

Baxter’s waft of finals cricket is still in the air after it cruised to victory against Mornington.

Chris Brittain made light work of that getting all of those runs himself, hitting eight boundaries and ten going straight over the rope finishing on 133. Joe Rule scored 40 runs also.  Baxter pulled up stumps in the sixty ninth over at 4/213.

As predicted Peninsula Old Boys took Crib Point to the cleaners, bowling them out for 137.

Once again it was Old Boy’s skipper Wade Pelzer who stole the show with the ball snaring 6/25. Luke Herrington was the best of the Crib Point batsmen with 44.