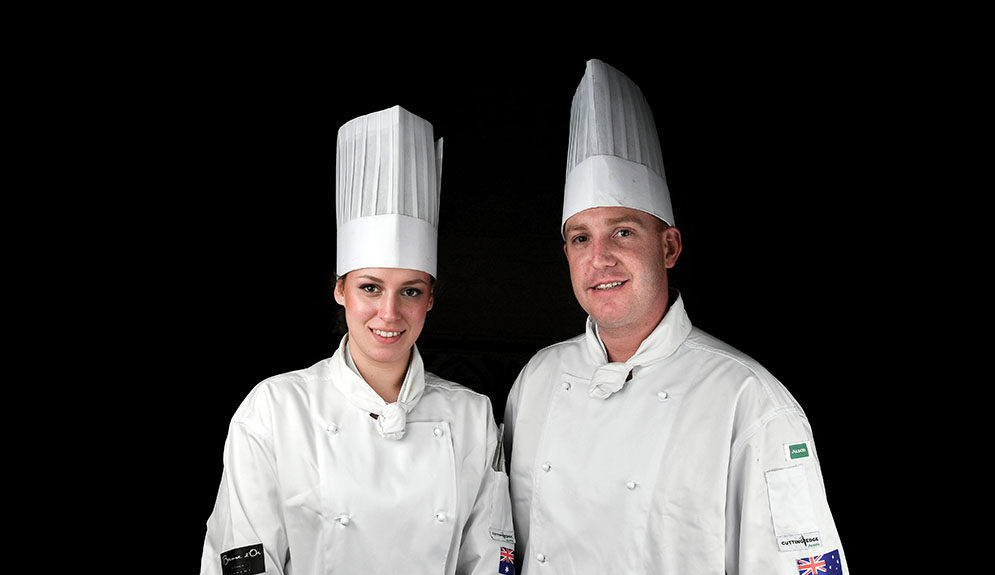 Cole was selected last year as the Australian representative in the international cooking competition, which will see him fly to China in May. He has now begun his training for the Asia-Pacific section of the competition with fellow chef, Laura Skvor.

“We had a meeting in Melbourne a few weeks ago about our training program for the Bocuse d’Or, so Laura and I have already started training for that, we’ve been training for a while now. They’re going to send us over to the competition in China probably about a week before the event so we can get used to it over there,” Cole said.

The Asia-Pacific section of the competition will be held in Guangzhou on 8 and 9 May. Success there would see Cole and Skvor qualify for the grand finale in Lyon in January 2019.

Cole attributes his success to his style of presenting food, which he says is inspired by the trees and berries he finds on his walks in the bush around Flinders.

“Sometimes people can’t understand why a Bocuse d’Or chef is working on the peninsula, but it’s all about the lifestyle balance,” Cole said. “It’s so beautiful down here, I find so much inspiration and it’s all so positive. Working here gets me away from the hustle and bustle of the city, and it gives me time to create.”

The China trip in May will be Cole’s second attempt at qualifying in the Bocuse d’Or.

“I [first] entered when I was 25 and I had no idea what I was getting myself into. I had no idea how intense it was going to be. I failed miserably,” he said.

“It shocked me, but it shocked me in a good way. It showed me how much I had to learn.

“The whole thing about cooking is we’re forever learning and challenging ourselves to get better. It took me eight years of training and working around the world before entering the Bocuse d’Or again.”

Cole found more success in his next attempt. As well as being selected as the Australian Bocuse d’Or candidate he won the Chef of the Year Award.

Full story and more pictures in the March edition of Peninsula Essence magazine.