By IT GullyFebruary 26, 2018No Comments3 Mins Read 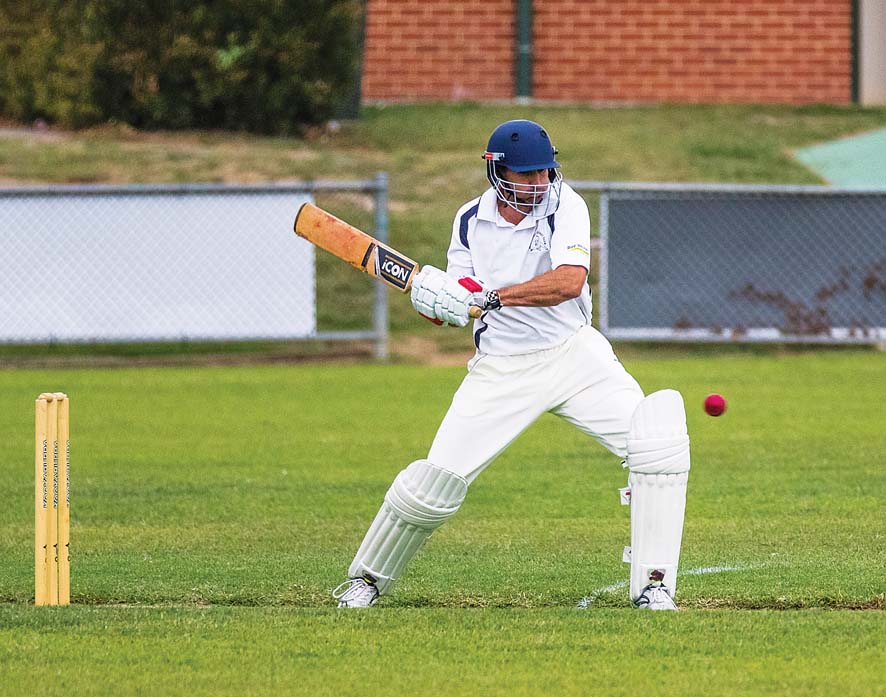 IT is going to be an enthralling second week of cricket at Langwarrin’s Lloyd Park this Saturday as the home team attempts to defend its measly total of 135.

Baxter’s Dale Irving and Ben Brittain tore through the Kanga’s top order at one stage having them reeling at 2/2. Jake Prosser (23) Trav Campbell (51) and Taylor Smith (22) helped the Kangas get to their final total. They lasted just 66.4 overs.

Yohan Maddege bowled 20.4 overs for Baxter and finished with the outstanding figures of 4/41.

Baxter faced the final 13 overs of the day and things could not have gone any worse. They will resume this week at 4/31 with Chris Brittain, Justin Bridgeman and Dale Irving still to bat.

Mornington has set Peninsula Old Boys 175 for victory in their match at Alexandra Park.

Michael Heib top scared for the Doggies with 48 while Sam Wiese opened with 38. Adam Gailitis was the pick of the POB bowlers with 4/58 from 31 overs.

POB faced the final 3 overs of the day and finished at 0/11.

Pearcedale has set Mt Eliza an awkward total of 167 after Lyle House took 5/23.

A number of Pearcedale batsmen got starts with Will Kennedy top scoring with 30 and Chris Dew hitting 28.

Mt Eliza faced the final 2 overs of the day and will resume this week at 0/5.

Sorrento’s top order fired on Saturday against Crib Point and the result was 9/236 from 80 overs.

Jedd Falck top scored for the Sorras with 49, Bobby Wilson continued his country week form with 48 and Tom Clarke contributed 41 to the final total.

The Magpies Glenn Barclay was the best of the bowlers picking up 5/76 from 33 overs.

The MPCA batted first at the Junction Oval and put together a more than competitive score of 5/227, with skipper Bobby Wilson hitting an unbeaten 113 while Chris Dew opened with 66.

Sale-Maffra was always in the contest eventually bowled out in the final over for 214. Wilson followed up his superb performance with the bat snaring 4/36 off 8.4 overs with the ball.