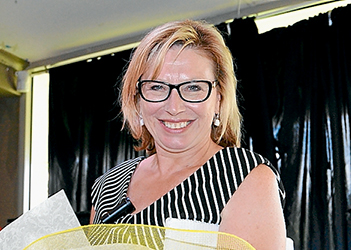 ROSIE Batty will speak as part of International Women’s Day at the Southern Women’s Action Network, 9.30am, Sunday 4 March. Her talk – expected to be one of her final public engagements as CEO of the Luke Batty Foundation – will cover domestic violence, including current initiatives and future proposals.

The meeting will be at the Mornington Peninsula Shire’s offices, corner of Queen and Vancouver streets, Mornington. Donation: $8 includes refreshments.

Ms Batty, Australian of the Year in 2015, has worked to raise national awareness of domestic violence since her 11-year-old son Luke was killed at Tyabb in February 2014 by his father, Greg Anderson.

Southern Women’s Action Network (Swan) is a social-justice organisation which aims to inform and empower women and to provide a means of networking on key social issues. It celebrated its 21st birthday in November with Narre Warren South MP Judith Graley attending as a founding member.