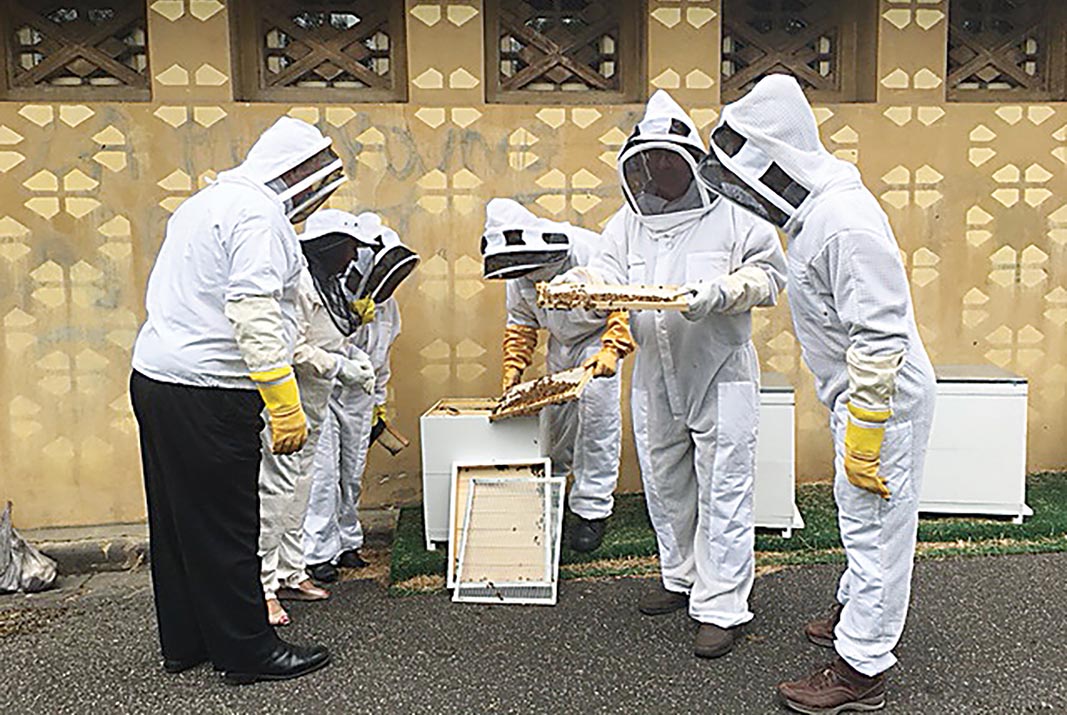 SMALL hives and “bee hotels” could lead to backyards blooming with indigenous plants as well as helping save the threatened flying insects.

Housing for native bees may be offered as a sweetener if Mornington Peninsula Shire councillors follow the lead of Moonee Valley City Council which has embarked on a program to raise awareness of the plight of native bees.

A group from the peninsula was given an insight into Moonee Valley’s program, which is likely to see that city’s mayor Cr John Sipek being invited to explain the benefits of bee keeping to his peninsula counterparts.

“We spent a Friday morning with Moonee Valley’s mayor John Sipek and learnt about their inexpensive but valuable bee program,” Cr Gill said.

“It is the only municipal-sponsored bee program in Victoria and they want to develop an awareness of the value of bees, including native bees, increasing honey production and crop pollination and protecting bees from diseases that have destroyed large populations in Europe and America.

“I can see the value to the peninsula of having a similar program. We need Italian and other overseas bees for agricultural production to safeguard our local $1 billion food bowl including market gardens and honey production.”

“There were once many kinds of native bees, but there has been a drastic reduction. My local favourite is the beautiful blue banded bee, but they are now difficult to find.

“Native bees pollinate our remnant indigenous vegetation and are part of our eco-system.

“With community support we could relocate honey bees from the shire’s many bushland reserves to agricultural areas. This would increase our native bees population while encouraging honey bees to do their job.”

Cr Gill said “the next step” in his bid to protect native bees was to invite Cr Sipek to outline Moonee Valley’s bee program to shire councillo0rs.

Cr Sipek said it would be great for Moonee Valley to have a bee sister city.