Shire lines up help for roads 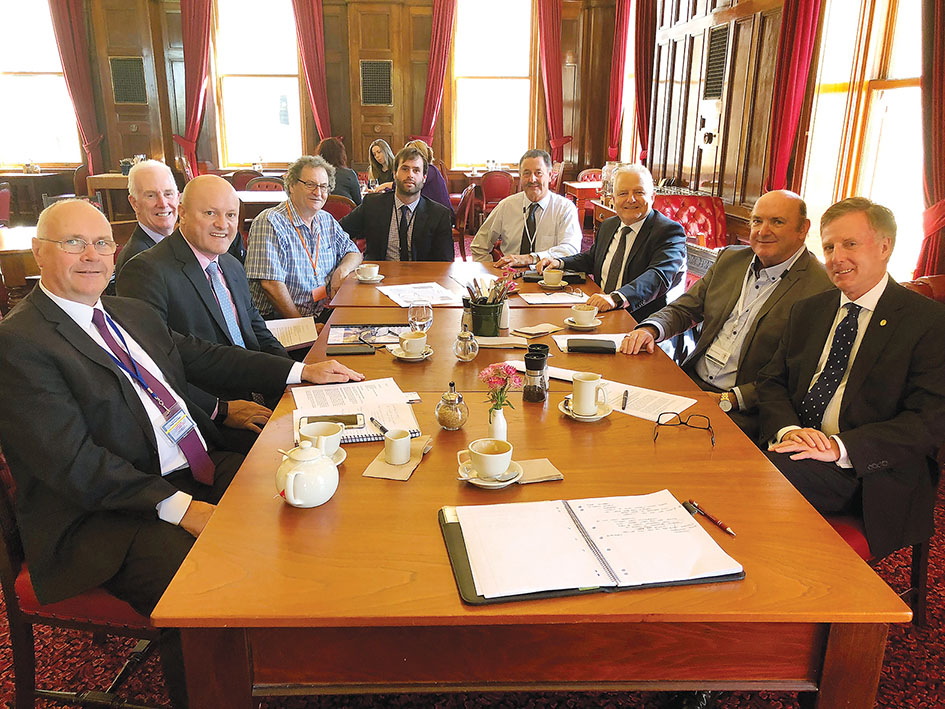 STATE opposition MPs have been told that the Mornington Peninsula needs an overall roads strategy.

Cr David Gill said the shire also intended to meet with members of the Labor government to press the need for safer roads.

“We had a good hearing [from the opposition] and they basically said they were interested and would look into it,” Cr Gill told The News.

“They’re local MPs and want to do something and they could possibly be part of the next government.”

The state election is due in November and Cr Gill said the shire had also made a submission to a parliamentary inquiry into the state’s rural roads.

“This is a first step and we intend meeting with everyone on all sides [of politics] – it’s just happens that our local MPs [David Morris, Mornington, Neale Burgess, Hastings and Martin Dixon, Nepean] are all Liberals and we got together with them first,” he said.

“Roads on the peninsula were not built for the kind of use they get now, with tourists and our growing population. People are crisscrossing the peninsula, investigating every nook and cranny. There are more than 350 wineries and although they don’t have cellar doors or restaurants, there are hundreds that do and some are open daily.”

Cr Gill said while VicRoads was not responsible for all roads on the peninsula it did determine what speeds applied at every road crossing, “and we have examples of 80 kilometres an hour and 100, sometimes on unsealed roads”.

“This is a piecemeal approach and it wouldn’t be that hard to have a peninsula-wide roads strategy as it’s a clearly defined area with sea on three sides.”

Talks on future of estuary’s reserves