Terry the turtle on track home 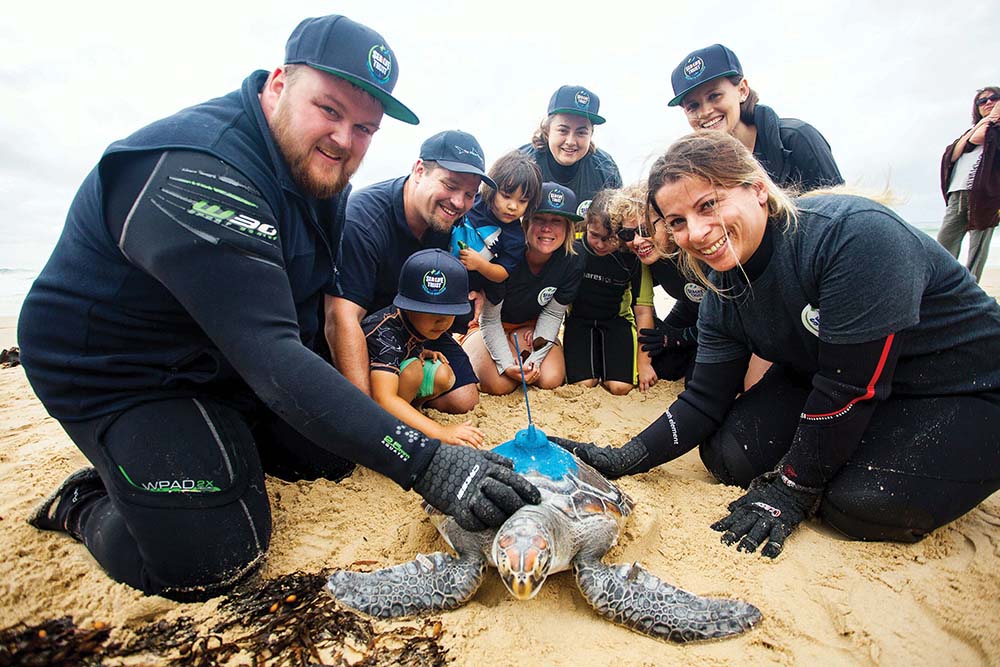 Transmitting turtle: Terry the green sea turtle about to make his way back to the sea seven months after being found sick and tired at Rye. At his release, the turtle was nearly double his weight when found and had also been fitted with a transmitter to researchers can track his movements. Picture: Supplied
Share
Facebook Twitter LinkedIn Pinterest Email

A GREEN sea turtle found sick and tired on a Rye beach last August is now back at sea somewhere off Victoria’s east coast near Mallacoota.

Named Terry by staff at Sea Life Melbourne Aquarium, the turtle weighed 7.7kg when rescued and “a healthy” 15.8kg when released earlier this month at Secret Beach.

Terry underwent a rehabilitation program designed and supervised by the aquarium’s veterinary team.

“There’s no doubt that this special turtle means a great deal to our team and we’ve been absolutely privileged to work closely with Terry over the last seven months as we’ve nursed him back to health,” exhibit manager Tereza Todd said.

“We’ve also been truly humbled by the interest and support of Australians who have been closely following Terry’s story and been championing his progress – Terry is one popular turtle.”

Terry – aged three to five – is expected to swim towards warmer waters along the north eastern coast and has been fitted with a satellite tag that will help the aquarium to track his journey (www.sealifetrust.org.au/our-campaigns/turtle-watch).

The satellite tag was donated by the Sea Life Trust, an independent not-for-profit organisation committed to helping conserve marine life, and will also provide data to help understand the natural behaviour of the endangered green sea turtles.