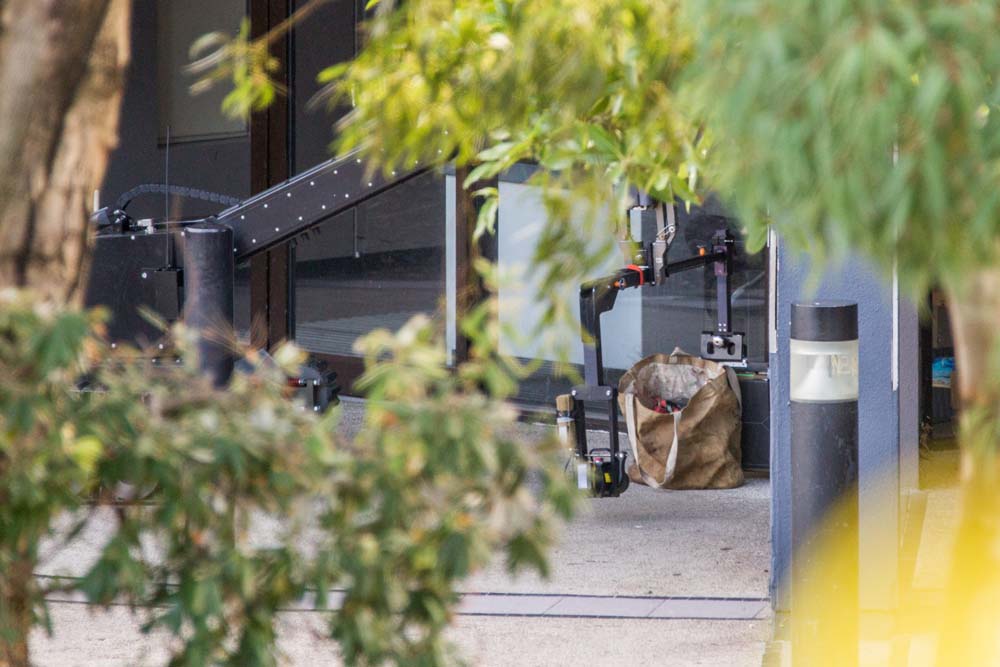 A BOMB scare this morning (Tuesday 20 March) saw part of Fletcher Road near Frankston Magistrates’ Court cordoned off between about 8am and 10am.

Police gave the “all clear” and reopened the road after the bomb squad was called in to investigate using a robot to get close to “suspicious devices” outside the courthouse building.

Eyewitnesses said it appeared a fuel container had been wired and taped up to look like an incendiary device in what seemed to be “a hoax”.

Anyone with information about the incident should call Crime Stoppers on 1800 333 000 or submit a confidential crime report at crimestoppersvic.com.au online.

UPDATE: Police have released an image, below, and CCTV footage of a man they believe can help with their enquiries.

The man approached the front of the court and left an item at the front door at about 6.55am before running away.

Frankston Crime Investigation Unit investigators believe a male, dressed in black clothing, standing near the shopping centre on Fletcher Road would have seen the man they are seeking to identify as he fled and are urging him to contact Crime Stoppers.