Champs Langwarrin get up over Mt Eliza 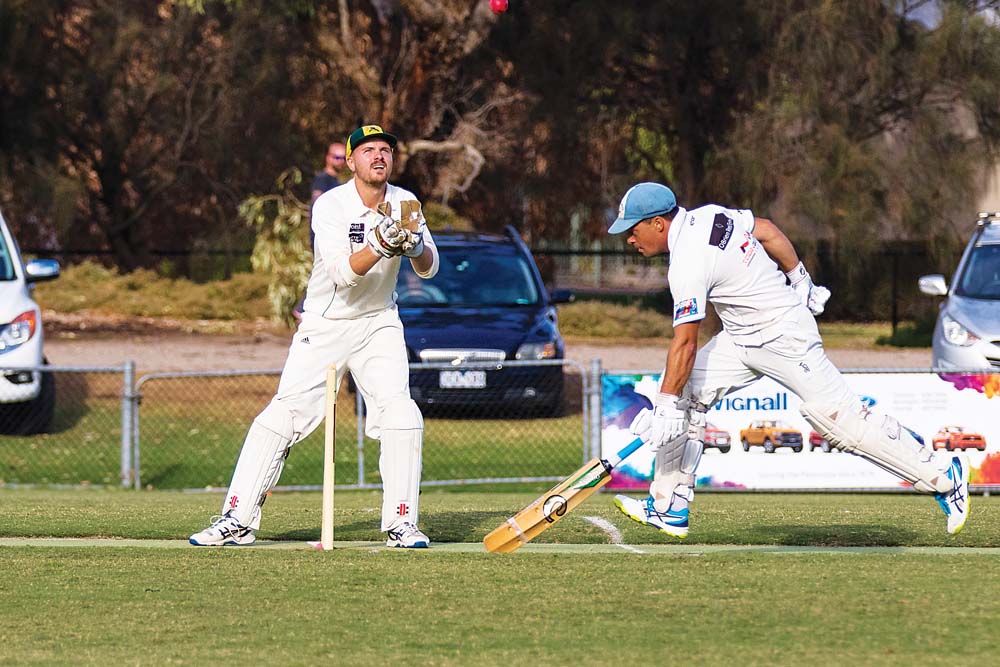 The Kangas, defending 180, had Mt Eliza reeling at 5/47 at tea on day two after 22 overs, with Lyle House and Justin Grant back in the sheds.

Langwarrin skipper Travis Campbell, who’s no stranger to premierships at Edithvale, was on fire for the Kangas snaring 4/25 off 12 overs at the tea break.

At the other end, arguably the best all rounder on the Peninsula, Matt Prosser was tweaking some magic of his own, bowling seven overs for a return of 1/4 at the break.

Mt Eliza had teenager John Goudge playing a wonderful, patient innings while Ben Tracey was being forced to turn back the clock and play patiently. It still had some work to do. Fast forward two hours and the Mounties had lost their second grand final in as many years, bowled out for 94.

Young Goudge was the final man out controversially trapped in front for 43.

Earlier, on day one, Langwarrin won the toss and elected to bat first.  Taylor Smith and Matt Prosser opened the innings and despite the fact they won the game off their own bat last week, could manage just a 29-run opening partnership in the big dance. Travis Campbell was out to Justin Grant for 30 before Matt Prosser was brilliantly run out by Nick Baron for 50.

This left Andy Johnson and Jake Prosser to resume on Sunday with 3/116 off 63 overs.

Facing the final 17 overs of their innings it was an arm wrestle. The Kangas batted at 3 ½ runs an over with Andy Johnson hitting 32 and Simon Parrot hitting 18.

The final Langwarrin score, given the rain softened the ground, looked defendable, they proved it was.