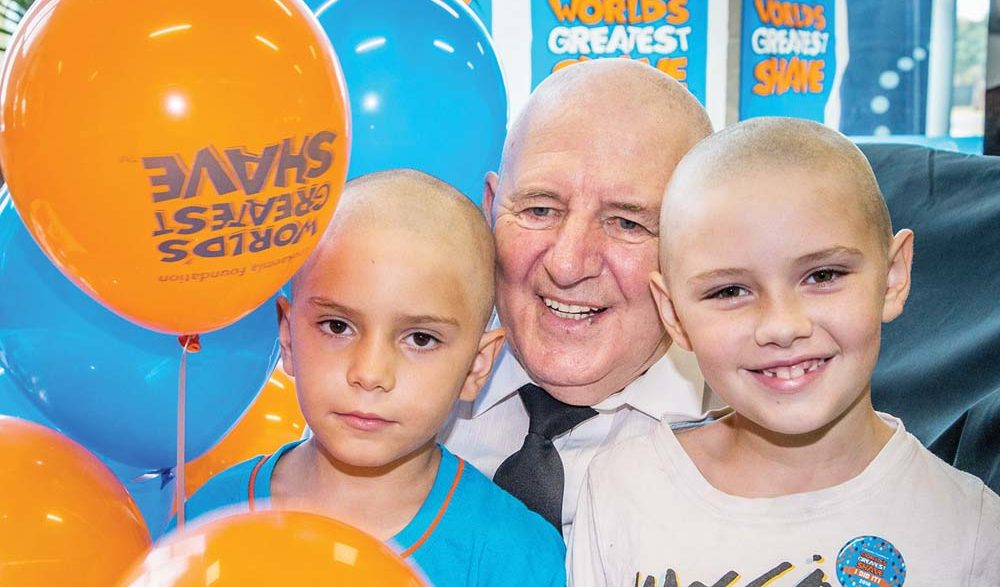 HONOURING a father’s memory is on the mind of the family of a former manager at Frankston’s Peninsula Aquatic Recreation Centre.

Ex-PARC building and asset leader Sam Newman, a Skye father of five, passed away last April after a long and difficult fight against leukaemia.

Two of his sons Deagan, 6, and Kaden, 8, joined pa Michael Tinetti at the swim and sports centre on Friday 16 March to participate in the World’s Greatest Shave to raise money for The Leukaemia Foundation.

Mr Tinetti plans to take part in the charity event each year and about $3500 was raised from hair shaving efforts this year.

“For myself and my grandsons to do that in Sam’s honour is very much what we want to continue to do,” he said.

“Our aim now is to try to assist The Leukaemia Foundation because they have been so good to my daughter and her family.”

He said the boys’ father was “a man of integrity” and more than 600 people attended his funeral last year.

PARC has named a Samuel Newman award for the organisation’s employee of the year in the former manager’s honour.

Mr Tinetti said people can sponsor and still contribute to The Leukaemia Foundation after this year’s World’s Greatest Shave.

“People can still sponsor people even if it’s not our family,” he said.

An Aquatics and Recreation Victoria statement in April last year said: “Sam worked his way up through the industry starting as a lifeguard and swim instructor in the early 2000s at Jubilee Park in Frankston. He held numerous positions at Frankston including duty manager and then swim school coordinator.

“His affable nature and a permanent grin made him easy to love.

“Everywhere Sam worked, he made many friends with his positive outlook and easy going nature. He was a very generous soul with irrepressible loyalty. Sam will be sadly missed by everyone whose life he touched.”

See worldsgreatestshave.com or call 1800 500 088 to donate to The Leukaemia Foundation.