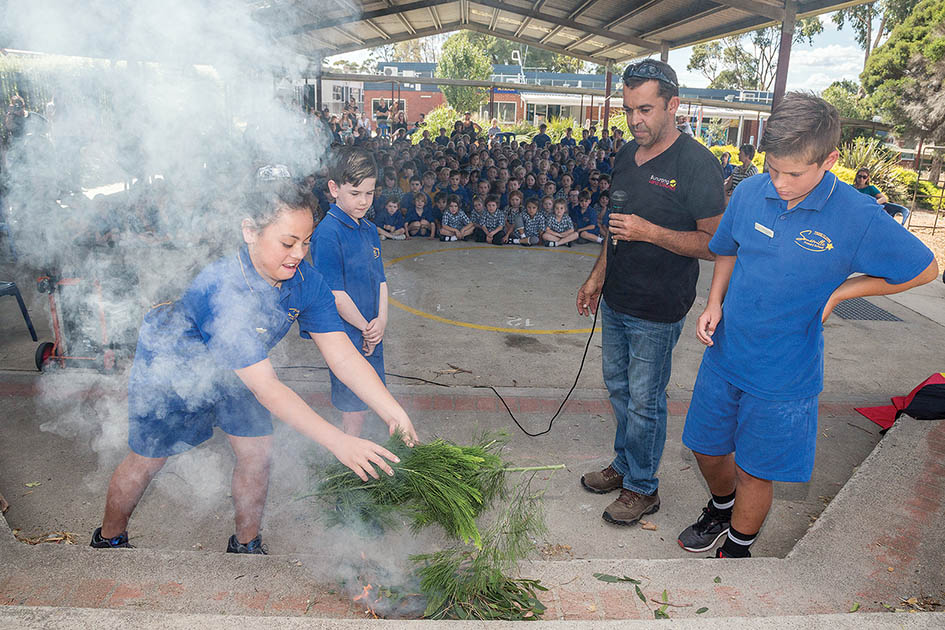 A SMOKING ceremony at Somerville Primary School last week was “one piece of a much larger picture at the school”, acting principal Andrew Haley said.

Adam Magennis, of the Bunurong Land Council, conducted the ceremony at a special assembly with pupils’ involvement, Friday 23 March.

“As a school we are focusing on acknowledging the traditional land owners, both past and present,” Mr Haley said. “It is vital as a school that we continue to raise awareness within our school community and acknowledge the Aboriginal people.

“It is powerful for our students to know the customs and traditions of our traditional land owners and to know that we are on Bunurong land and that Bunurong land is for all of us to share.

“We now proudly fly the Aboriginal and the Torres Strait Islander flags alongside the Australian flag at the front of the school.

“The smoking ceremony officially marked the beginning this journey.”

As part of the process, Somerville pupils will read an Acknowledgment of Country at the beginning of Friday assemblies. A Bunjil nest will be installed next term and pupils’ paintings and other works will go on display around the school.